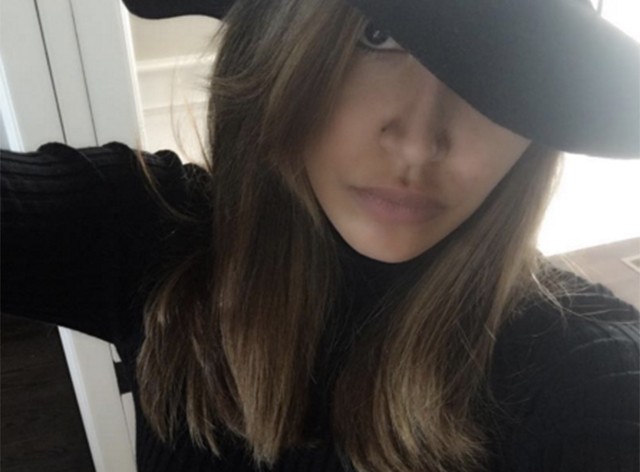 Naya Rivera Said White Girls Get Roles By Getting Drinks and People Are Freaking Out
by Ashley Hoffman | January 22, 2016 at 9:33 AM

Today RunwayRiot found that Naya Rivera posted some text she sent about how caucasian actresses can magically lock down movie parts for themselves — by getting drinks.

She wrote a choice caption for this exchange: “Pretty much…#diversity”

We know the idea of throwing back a morning rumchata with some exec to land a movie role sounds AWESOME, but she was juuuuuust joking. Of course, after the comment section blew up, she then proceeded to explain how it was humor. As she put it, “guys calm down. Just [a] joke about the state of our industry as actors and artists. You have to have a sense of humor about these things.”

patrish90Rude. Tearing down one set of people to try and lift yourself up isn’t going to get you far. And let’s not try to act like anyone knows what the other has gone through. All people know are stereotypes perpetrated by the media.

_cyndii@jordan.lee.16 if you understand what poc go through & know that her statement is true then why are you offended by it? She’s not discriminating against white people she’s pointing out how easy it is for white people. Shes not coming out her mouth or anything

beautopolisYou should delete this. I’m not one to care about white tears but makin fun of women being sexually harassed by men in power to have a career in acting is misogynist

There has been much talk about the overwhelming whiteness of the Oscars, so this will keep popping up in various forms like funny cell phone texts, Charlotte Rampling tear shedding and intentional calls to action. What do you think? We would like a drink though.

Related links:
This Reporter Wants You to Know Jennifer Lawrence Didn’t Bully That Other Reporter
Joan Smalls on Fashion’s Responsibility to Showcase Diversity, Self-Love and that Lui Cover