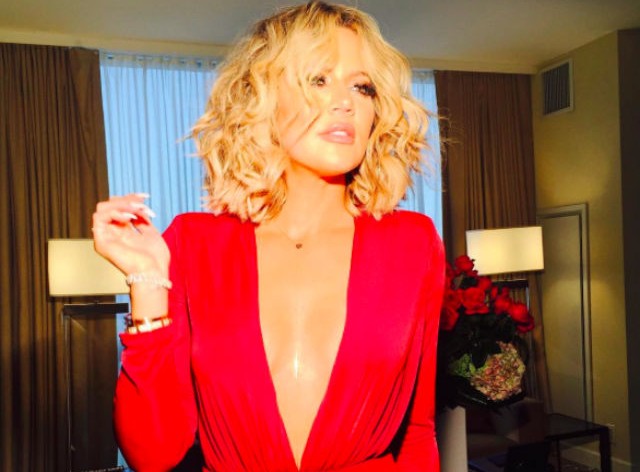 Kocktails With Khloe premiered last night, and it was basically like when your mom invites her work friends over for tequila and Bunco and then stuff hits the fan.

Aisha Tyler and Kym Whitley were there. Ex-Real Housewives star Brandi Glanville dished on what it’s like to get paid to be dramatic. Snoop Dogg talked about that one time he gave up weed. Kendall Jenner prank called her older sister Kim to tell her she’s preggo. And Khloe body shamed Kim. FUN.

About that last one. Khloe said this before hanging up the phone on her older sister post-fake pregnancy call: “I love you and when you lose a few LBs I want you to come on Kocktails With Khloe!” Well, that was a cool invite.

Good one, Khlo. Thanks for reminding Kim that she needs to lose her pregnancy weight ASAP before she can leave the house or be a guest star on some boring and boozey talk show. Because carrying some extra pounds after birthing a child is such a life fail.

We get it. It must be really hard for Khloe to deal with her sister’s post-pregnancy bod when she’s got that hot revenge body on lock. Whatever. Is this show cancelled yet?

Related links:
Let’s Stop Rushing Everyone to Lose Weight After Giving Birth
Surprise! Kim Kardashian’s First Goal for 2016 Is to Lose All of Her Baby Weight