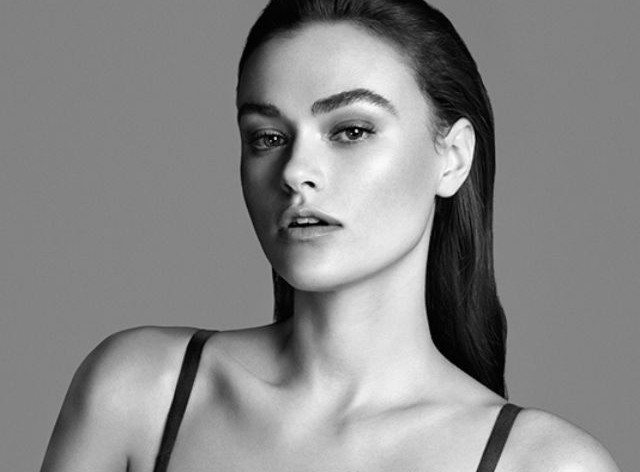 It’s Insane That People Are Still Debating If This Calvin Klein Model Should Be Considered ‘Plus Size’
by Eliza Dillard | January 21, 2016 at 3:40 PM

Here’s a #TBT for ya. You might remember way back in 2014 when Calvin Klein did the world a solid and put size 10 model Myla Dalbesio in their underwear, and that was cool that they acknowledged that women who aren’t a sample size wear bras too. You might also recall the backlash that came with that move, as the media praised the brand for using a “plus size” model. People were pissed that someone who looks like Myla could be considered “plus size” to the fashion industry.

And in 2016, the world’s still not over the campaign, apparently. Today, beauty vlogger JENSUCKS unearthed Myla’s picture and re-opened that can of controversy.

And it took off like wildfire. Apparently a whole slew of people missed out on the “scandal” the first go-round, possibly because they were too young for the internet and have since been given Twitter privileges. Look what some of them had to say here:

this is not bloody plus size wtf pic.twitter.com/VJabSpDhoz

I’m SO ANGRY you don’t understand, a lot of teenage girls I know including me are size 10 they shouldn’t be taught that it’s a plus size!!

HOW IS THIS A PLUS SIZE MODEL pic.twitter.com/MFV6bnuqgH

This is ridiculous how @CalvinKlein feel like this is a plus size model. I bet this model is still around a size 10 pic.twitter.com/QOEWuUr7E2

@BlEBERPRAISE shame on this society… omg

PLUS SIZE???? Are you taking the piss??? It actually knocks me sick that this is considered plus size ???? pic.twitter.com/k41xP5l2wT

She’s not a plus size omfg. If anything that’s healthy weight. The model industry is disgusting https://t.co/CluqfE924l

We don’t need to get BACK into the debate about who is or isn’t curvy enough to be labelled a “plus size” model. The label is the thing that sucks, and unfortunately it took away (and still is) from the awesome achievement of Myla being the hot face of some sexy underthings, which is the only thing we need to be revisiting today.

Watch: RunwayRiot’s Iskra Lawrence on Why the ‘Plus-Size’ Label Is Outdated
This ‘Plus Size’ Dating App Really Alienates Curvy Women

Tags: calvin klein
About the Author