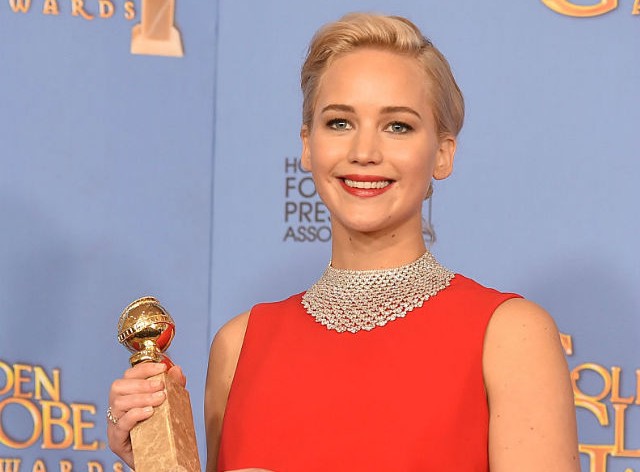 The Internet Is Really Unhappy That Jennifer Lawrence Is Playing Castro’s Lover
by Eliza Dillard | January 20, 2016 at 3:09 PM

Everyone’s been calling out Hollywood these days for spray painting the big screens white, white, white. The #OscarsSoWhite fever is still so, so real and not something we’re getting over any time soon.

So, today, when it was announced that the blonde haired, white Jennifer Lawrence is set to play ex-Cuban President Fidel Castro’s lover Marita Lorenz in Marita, people were naturally immediately pissed off. Another white woman scooping up a role while everyone’s begging Hollywood for some diversity. Multiple people likely threw their iPads on the nearest slab of concrete in retaliation. Absolutely reasonable. See below for Twitter evidence.

Now, here’s where things get tricky. Lorenz was actually a fair skinned, German-born American woman who travelled to Cuba with her father on the MS Berlin and got hooked up with Castro. So, was Hollywood truly wrong to cast Lawrence for the role?  Does the desire to be historically accurate outweigh the industry’s huge, gaping need for diversity?

We’re not here to decide on that one. But we do want to know how this sits with you. Are you just as mad that a blonde from Kentucky landed a major role in a film about Cuba? Or do you think Hollywood’s decision is justified? Weigh in in the comment section and check out what some of the people on Twitter are saying about this situation below.

@eonline ugh she’s white. how could she?

@THR @JenniferLawrence is lovely, but I think the role should be a mature seasoned actress who is brunette & Latin! @JLo is perfect!

@eonline did some research marita Lorenz was a German chick Hollywood yall good ????

Related links:
This Reporter Wants You to Know Jennifer Lawrence Didn’t Bully That Other Reporter
Joan Smalls on Fashion’s Responsibility to Showcase Diversity, Self-Love and that Lui Cover