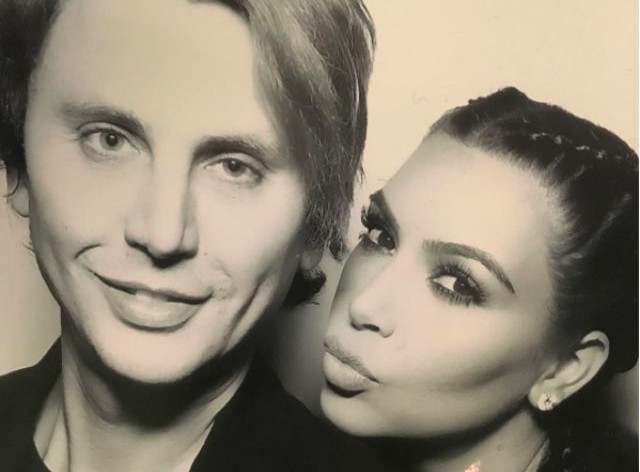 Another day, another Kardashian update. Today we discovered some people calling out the friend Kim asks to deliver her urine samples.

People are accusing her super cool-looking bestie Jonathan Cheban of body shaming young women on the internet and later deleting his tweets because maturity.

Hey @JonathanCheban why do you delete your vile tweets that shame young women & make them feel bad about their bodies? Just own it man!

@MrJoshCharles @JonathanCheban Afraid he may offend his gravy train Kardashians is my guess.

Jonathan didn’t deny it, either, because, well… they started it.

@MrJoshCharles I’m the last person to hide what I say to vile disgusting miserable hating human beings with nothing nice to say to me.

@MrJoshCharles oh and I delete them because I don’t want nasty horrible energy of miserable haters on my amazing timeline of life!

But he doesn’t discriminate. He claims he’s down to tweet some thoughts on anyone who hates on his amazing life.

@MrJoshCharles oh btw I don’t discriminate. Women or men. So don’t play the women thing with me. When trolls say horrible things I respond!!

And here’s this, too.

@JonathanCheban wtf do u care what ppl r saying? if YOU have nthng nice to say then don’t say it! Some of the stuff you say is super hateful

So, if you’re looking for a lesson in internet etiquette, maybe steer clear from following this GROWN MAN who allegedly tweets and later deletes harsh comments on people’s “horrible” pics. Chances are you won’t miss out on much other than him raving about how awesome he is or how much money he made by breathing next to a Kardashian.

Related links:
The #TaketheOath Challenge Wants to Put an End to Body Shaming
Chrissy Teigen Shut Down a Mom Who Called Her a Slut