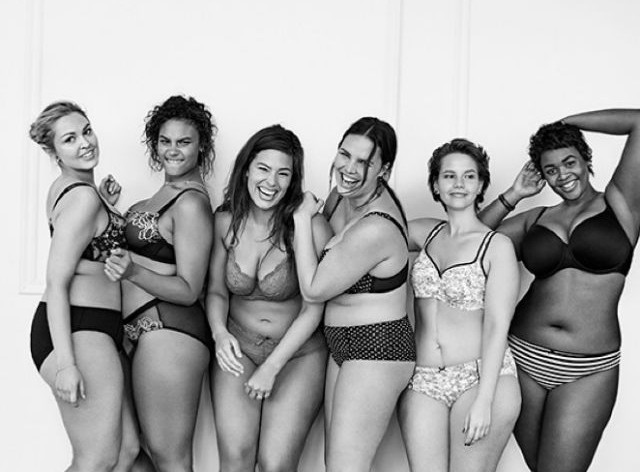 Today RunwayRiot discovered the hashtag #TaketheOath gaining some popularity on Twitter.  The challenge was started by the Weight Loss Surgery Foundation of America, a nonprofit organization granting funds to people for weight loss surgery. Though the foundation aims to help people lose weight, the posts to come out of it — about body shaming and the stigma that comes with having curves, are definitely worth checking out no matter who started the hashtag.

They’re asking the busy people hanging out on the internet to take an oath to help put a stop to the internet’s favorite pastime of shaming people for the size of their bodies. Participants are posting confessional videos about the major suckage of body shaming and how they can make a difference. They also take an oath which says, “I choose to fight fat shame and bias with education. I choose to treat all people with empathy, compassion, and respect. I choose to own the number on the scale without shame.” Preach.

Then, they pass along the challenge to three others of their choosing. Kind of like the ice bucket challenge minus the squealing, so that’s something to be thankful for.

Even singer and daughter of a Beach Boy Carnie Wilson took the oath with her daughters to let the internet know why she thinks body shaming is the worst.

We like what we’re seeing with these videos a lot more than Amy Schumer liked being slut shamed by a seventeen- year-old, so hopefully more people hop on the bandwagon.

To get some fuzzy feelings back in your frozen January body, see some of the tweets below.

Stand up against fat shaming and fat bias – to yourself and others. Join me and #TAKETHEOATH with @WLSFA https://t.co/sKtNMuWaxR — Cari De La Cruz (@caridlc) January 18, 2016