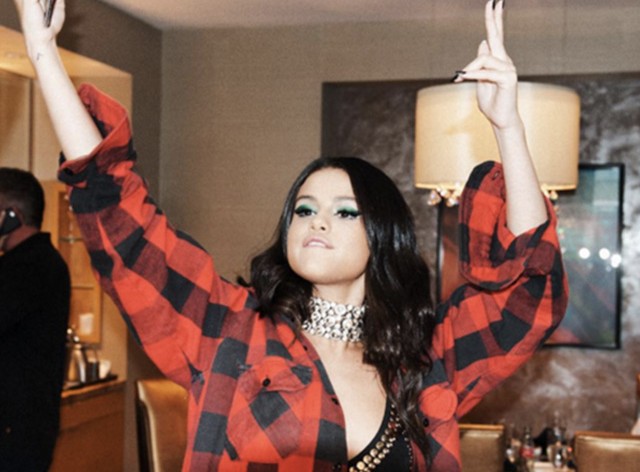 It’s about how the people who harassed her about her weight on the internet encouraged her to get there. They quote an insider, and it’s OK magazine so we can take it with a grain of salt, but that’s besides the point. OK? OK!

“She put a brave face on those ‘fat’ jibes last year, but there’s no doubt it hurt her deep down and was a huge motivation to get super-fit,” the “source” said.

About motivation. People don’t size down because other people want them to. They do it because it’s part of what they want for themselves. Just like wanting to play with bath toys at 25 or wanting disposable cameras at parties to be a thing again, the desire for weight loss comes from “within.”

No one does anything because some hate-spewing non-entity says they dislike their look. Here’s this for an amazement. People have mirrors, and they are often in possession of all of the facts about their bods from their toes to their brows. When you voice your TOTALLY legit concerns about a woman’s weight, it doesn’t encourage them to “get healthy,”whatever that is in your view.

On this topic, Gomez said this:

“You have to understand that I dealt with a lot of body shaming this year, and I’ve never experienced that before.”

“I don’t care about that stuff, but I did start gaining weight and I didn’t really mind it. I enjoyed it.”

So did it influence her life path? Sounds like her body image is her own. So that means that the time it takes to tell her she looks disgusting could be better spent acquiring a life. Telling someone “weigh less” is like writing down the top ten reasons why you should win Powerball on a piece of paper, stuffing it in a balloon and setting it free–a fool’s errand. It will not help your righteous cause to save the world from women without thigh gaps.

Science does not support that this is “helpful.” When Florida State University College of Medicine monitored the weight of roughly 6,000 Americans for four years (from 2006 to 2010), the participants who said people discriminated against them for being overweight were more than doubly likely to gain weight compared to the people who said they didn’t experience size discrimination.

Two years ago, the journal Obesity also backed this up. This study found that the people who got body shamed actually gained more weight. (There’s actually no proving when people tell you how much they hate your appearance that it causes any kind of life changes either way. No causation — just correlation.)

It’s not because body shamers care deeply for Selena Gomez’s shot at a great life secured by her slim body. People who make these weight jokes are making them because they’re phobic about their own lives. That’s their cross to bear. That’s not driving women — celebrities or non-celebrities–to spin class. It’s driving them off the internet.

Related Links:
Why Body Positive Models Are Not Skinny Shaming You: An Explainer
iner/Bored People Are Concerned About Chrissy Teigen’s ‘Armpit Fat’ in This Photo