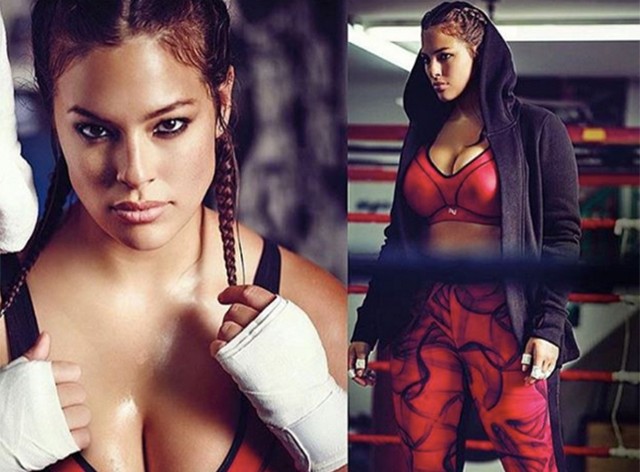 I was at my heaviest when I took up boxing.

My trainer, Tino, was a Bensonhurst real deal boxer who looked exactly like Michael Corleone. I paid Crunch way more than I could afford for the shmansy privilege of getting his notes on my worthless hook.

I spent most of my life pushing myself to swim as fast as my NCAA champion diver father. A former Division 1 coach, he was militaristic in his demands on my energy. Some nights, we’d sneak into the New York Athletic Club pool after hours to swim laps, and I felt like we were two super cool sneaky sneaks. In my twenties, he started swimming slower, then slower still with a kick board, until he died in 2011.

The quickest way to please my dad was to do something sporty that was half decent, and so it was with a special terrified excitement that I paid for a new male authority figure to sport sports with me. I asked Tino about his fights, and he got to see me kick the air all awkward. Seemed like a fair tradeoff.

It felt sickeningly self-indulgent to have my own trainer, but I was palpably needy for someone to push me. Left to my own devices, I could very easily blow off the gym for days and settle on “screw it” levels of activity. But I couldn’t cancel on a male authority figure in Puma. So because of him, I boxed four times a week.

I assumed the uniform well enough, even if my shoes were always untied and my hair elastic always fell out. I wrapped my hands in the hot pink girl power Everlast tape, and pushed my hair away. I imagined I looked like Laila Ali, but video evidence suggested otherwise. On Tino’s iPhone videos, I looked like Danny Devito fight dancing because he got good news. At the end of the second session, I pounded weak, achey pounds into the heavy bag, and Tino looked at me with a “please go a little harder because this is pitiful,” smirk.

Whenever the focus is on me and my #goals, my eagerness to make things about my conversation partner gets radioactive, but Tino zeroed in on everything my body did. Dude was all business, but he laughed generous laughs when I made dumb jokes about needing to protect myself on the playground from 8-year-old bully girls. “I think people should be very careful not to mess with you,” he’d say. If I weren’t worried I’d vomit all over my knockoff sports bra that was supposed to look like Alexander Wang X H&M, I’d have cared that he sometimes seemed to have a glimmer in his eye like he might consider if I was screwable. Could have been that or I was getting dizzy.

In the beginning, I told Tino I was afraid to kick him in the face so he recruited another pro to show him how Tino was safe behind his block pads. “But he’s not as strong as me,” I said. And they laughed. (I’m a shrimp, and they were all pros.)

After weeks of training, I was ready to fight. He got all serious on me and furrowed his brow like he was concentrating on a real enemy. I appreciated the endearing way he treated me like a worthy opponent. I felt slightly sorry for him because he had actual titles and he had to fight me. So I laughed and apologized. 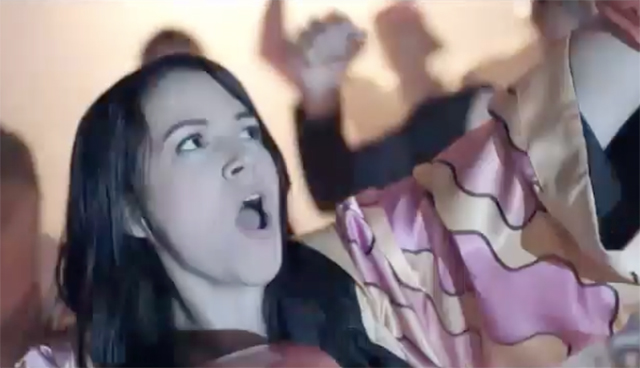 The guy popped up and down for an hour like he had a spring permanently lodged in his butt. Halfway through, I was ready for it to be over. Tino was fast, and he’d hop agonizingly farther away from where my short arms could nail him. He said he knew I always gave him everything I had—-which to me meant not a whole lot compared to a real boxer–but the more I gave, the more he demanded.

I don’t mind the unbridled cheeriness of aerobics videos. I did everything Carmen Elektra told me to do in her striptease workout DVDs. But I loved the way boxing purged the demons of a stressful day. My old trainer had even trained Andrew WK. There was someone whose pent up energy I related to. Yoga and barre rankle my inner monkey mind, and I actually preferred to do aggressive stuff in this male-dominated gym. (Female MMA fighters were there too, but it was a mostly bro-y place.) I recommend boxing for people in need of a release. “Much better,” I’d think when I slid my gloves flooded with sweat off and slurped up the water.

Months into working with Tino, around 8 one night, I was feeling discouraged by the lack of power everyone feels like they have against the general disappointments of life. Tino was circling ominously around me, his eyes glued to me like I was an actual threat. And then I gave him what he wanted in a student. I stopped laughing at myself, and I drove my fists into him really hard. I kicked with more force than I had before. And I won. It made him uncharacteristically smiley, and his voice sounded self-satisfied when he said, “I knew we’d do it.” He gave me a fist pound. I don’t speak bro, but I could tell it was good.

Plenty of people don’t hit the gym because they only want a longer life span or an A+ from their doctor. Many do it to look “more toned.” I did too. But in the end, I just felt stronger, more in tune with my legs and my arms, more agile, and mentally sharper. I didn’t sign up because I wanted to feel powerful. I had done it to fit into smaller clothes, but what actually happened was more impressive to me.

Nothing can make me as alert as my father did. But in the ring with Tino, I was back in training, and I felt tough.

Related Links:
Iskra Lawrence’s Fun Skipping Cardio Routine to Get Your Whole Body Warm
Iskra Lawrence on the Upbeat Jams That Get Her Going in the Gym