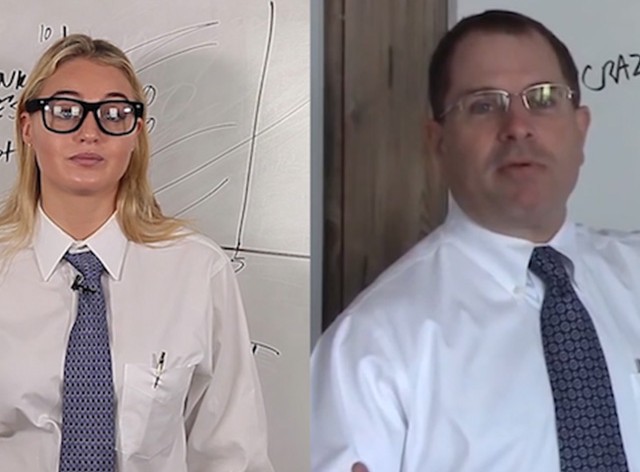 The RunwayRiot team recently learned about a man with a theory. The hit Youtube video, Hot Crazy Matrix: A Man’s Guide to Women, created (kinda,) by head raging jerkhole in charge, Dana McLendon. (It’s a 2014 timeless classic with 13,457,189 hits, and people are still actively passing it around, and we wanted to make our own version of the video in response.)

This extremely appealing winner made the video based on a hilarious concept from How I Met Your Mother. It’s about how off the rails crazy all women are, and how men should navigate the waters of all this crazy so that they can lock down one of the few acceptable women in the mix. These rare acceptable females are very attractive, in his judgment, and just a teeny weeny bit nuts as opposed to the majority: really crazy. While it saps our will to live to link to this wildly successful YouTube monstrosity, here it is for your hate watching pleasure.

As we watched our main man Dana graphically explain his thoughts on women with growing fury, we decided it was our calling in life to create a matrix video of our very own. But ours would be different. It would be a matrix that categorized men on a scale of “hot” and “thinks he’s hot.” (“Hot”=how hot a guy actually is, and “Thinks He’s Hot”=how hot a guy THINKS he is.)

We hope it will serve as a guiding light for all the young women out there who don’t have a graph with which to make all their dating decisions on. Our fearless leader, the master of ceremonies, top model and managing editor Iskra Lawrence is here to give you the straight dope about men and how to size them up because you know your girl Iskra keeps it real. That’s why she’s even wearing business casual attire just like Dana. Three cheers for Dana– attorney, alderman, and a true inspiration to us all–for his original video.

Grab a notebook. School is officially in session.

And now, just the highlights from our RunwayRiot parody version, the Hot Thinks He’s Hot Matrix: a Woman’s Guide to Men and the original version The Hot Crazy Matrix: A Guide for Men. It’s a total eclipse of the chart.

Tags: Relationships, Sexism
About the Author