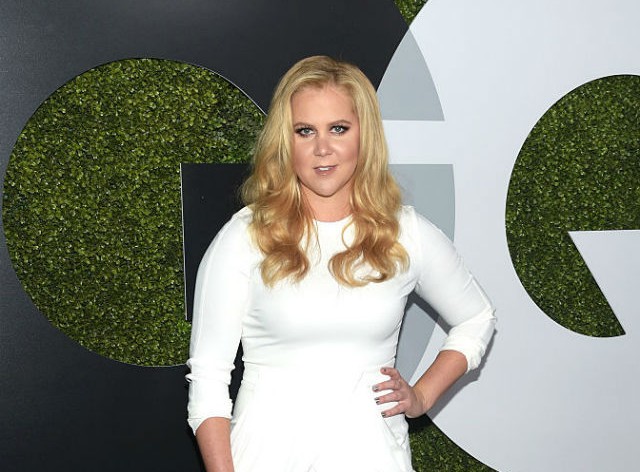 Annie Leibovitz Told Amy Schumer to Put Underwear On for Her Pirelli Calendar Shot
by Eliza Dillard | January 14, 2016 at 5:41 PM

This just in: Amy Schumer actually wanted to sit on that stool for the 2016 Pirelli calendar completely in the buff.

Photographer Annie Leibovitz told Christiane Amanpour in a CNN interview, “I think I forced her to put the underpants on, because she would have done it completely, you know, in the nude.” LOL. Heck yeah she would’ve because offering to rub your bare buns on somebody else’s bar stool in the name of fashion is the sign of a true winner.

We already knew we loved Amy as much as the genius who put inflatable pillows in hoodies, but this news confirms that life is worth living.

Even with the undies on, Amy made waves with her hot bod, strong stance, and coffee cup, and for that we’re grateful. We clearly wouldn’t be mad if we got an entirely nude high fashun pic of her in the near future, though.