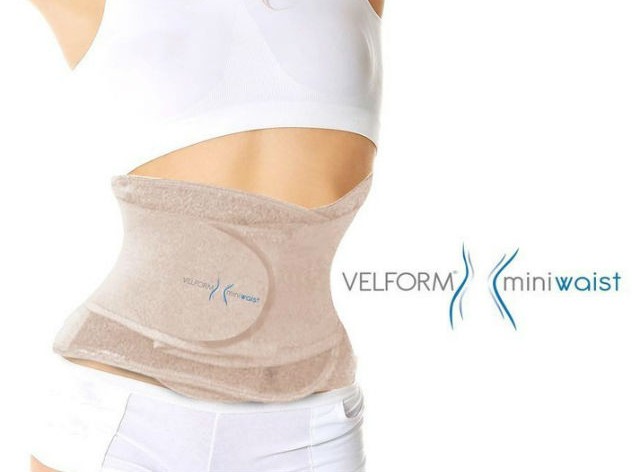 Today we’re remembering the main reason we don’t have cable. Because horrifying stuff like this ad for a waist trainer has a chance to make it on air.

A really informative, good time of an ad for expertly named Velform Miniwaist, which aired on the Shop Channel in the U.K., was just banned, according to Mashable. Why, you might ask? Why would they ban a waist trainer ad when the Kardashians already fill up our newsfeeds hanging out and looking generally miserable in these devices?

Well, just get a load of THIS genius advertising. The really helpful and convincing presenter of the waist trainer on the Velform Miniwaist commercial said this:

“Women are supposed to look like this, and men like this. But very often, especially as we age, we lose that figure. It’s not just you. Fortunately now, there’s a way to get that womanly figure that identifies us, that creates that fabulous, perfect and extreme hourglass figure that all women want.”

Wait, we’re crying for ALL THE WOMEN who know they wouldn’t come within ten inches of this corset contraption. But wait…there’s more. A model demonstrating how the device works said this:

“I’m doing everything I can do for this waist but there has to be something else to get that teeny tiny waist like the girls in the pictures and in the magazines.”

We wish we could wake up and discover that this ad existed in some alternate universe where these people actually believe they’re being helpful and that waist trainers are better than marriage counseling. But this was a real thing that horrified television viewers on planet Earth.

Luckily for every woman in the U.K., the Advertising Standards Authority pulled the plug on this one because obviously. They reckoned it was “irresponsible to imply that a very small waist should be aspired to and that all women should aim for that figure.” Needless to say… AGREED.

Brb, collecting our tears to send to this sad, sad company.