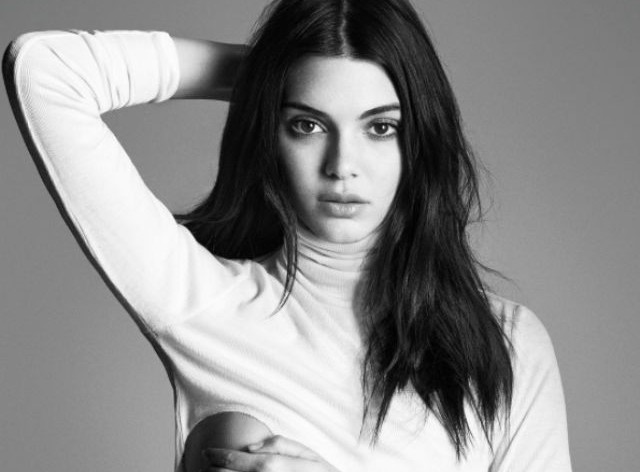 We only know Harry Styles as the boybander who gets passed around among members of Taylor Swift‘s goon squad. We wish we didn’t know this much about another One Direction dude, but we’re always Interneting and can’t unlearn these things.

Who knew Kendall Jenner was the new girl admiring his scraggly locks? Not us, but reliable OK! is up on the news. In a Jenner+Styles debrief, they let us know that the duo did some PDA stuff on a yacht, were prepared to make the cross-continental relationship work, and that Kendall is Harry’s fitspo, apparently.

“Harry is now working on his body. Going out with a Victoria’s Secret model is bound to leave a man feeling a little insecure about his own abs.So when Harry returned to London after his yacht love-in with Kendall, he headed straight to the gym. The 1D star’s personal trainer tweeted: ‘First session back with @Harry_Styles great work this morning mate & best coffee in London! #supersoldier.'”

Imagine that. A male celebrity lifted something in a gym. Obviously it’s because he’s dating a Victoria’s Secret model. Her abs are enough to make him want to hide in a corner and die of embarrassment. They’re the sole reason for his gym membership, naturally. Thank you for the insight, OK!.

We get it. Bodies are powerful things and can even be your best form of revenge when shooting mustard out of a water gun at your ex on his lunch break just won’t fly. Demanding rock hard abs is not unheard of. And clearly every person on this entire planet, even the ones in lame boy bands, should be envious of or probably get insecure just by peeping at a Victoria’s Secret Angel’s abs. And if you don’t wake up in the morning thinking, “How can I sit on the toilet like a Victoria’s Secret Angel?” you’re not doing the whole “human” thing right, right? RIGHT?

Right. Glad OK! cleared all of that up for us.

Tags: Kendall Jenner
About the Author