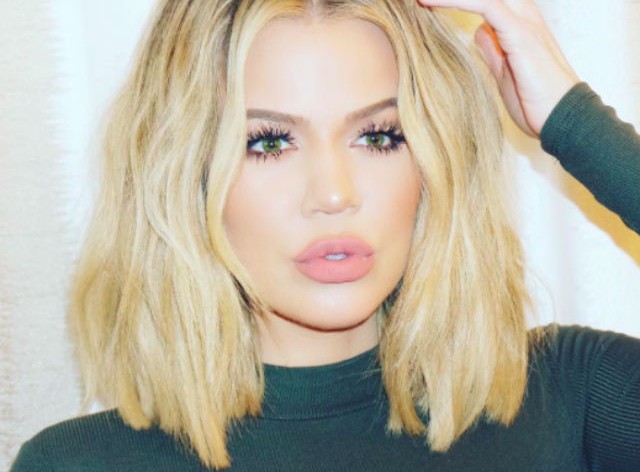 Apparently People Think Khloe Kardashian Is an Inspiration for Exercising With Food Poisoning
by Eliza Dillard | January 12, 2016 at 4:04 PM

Here’s your super important daily Kardashian update. Khloe’s over on her website telling you how you can get your revenge body on and be your best self, which Khloe often does.  But her most recent workout video is different from the rest of the batch because it’s about off days when you’re not quite feeling the medicine ball squats. Reasonable.

Except what Khloe means by “off day” is that she had to run off camera mid-workout to throw up a bad batch of chicken fingers. Her trainer astutely notes, “That’s not the workout. That’s fried food and room temperature ranch dressing.” Noted.

Every1 has off days. I’m no diff!! See how I handle the gym in my new Khlo-fit vid on my app! Even w/food poisoning pic.twitter.com/5itZWKySrC

On Twitter, people are praising Khloe for being the ultimate workout queen and noting her dedication to power through despite the fact that she is clearly ILL.

@khloekardashian I love your dedication!! I’m trying to be as dedicated as you! keep it up!!

@khloekardashian oh my gosh! Did she go and throw up? If she did that’s insane in a good way. She is so dedicated it’s awesome to watch ????

Call us crazy, but an “off day” for us usually means we’re sore from being sexy, we’re sad because we blew a paycheck activewear you don’t need, or we’re just lacking the desire to do sit-ups because Monday. Food poisoning isn’t something that just casually throws off your game at the gym. It’s that kill-me-now horrible time that requires bedrest and hydration, and gym time is usually not in the kards.  We get that the high-profile Kardashian fam experiences life a little differently than the rest of us, but we’re pretty sure the pain and agony of food poisoning is universal.

Which leads us to the question: is this really the best message for Khloe to send on her website? Low impact workouts for when you’re vomiting and ill because there are literally no days off and keeping your bod in tact is the highest priority? Probably not.

Thanks for the tips, Khloe, but if we’re throwing up chicken at the gym you can be sure we’re saying “bye” to whoever’s still telling us we’re squatting all wrong. Towards the end of the video Khloe does wrap up her workout early, in case you were super concerned about her wellbeing, but not without getting a hard time from her trainer about slipping up on her no chicken fingers, no fun meal plan. Cool.

Carry on with your Tuesday.