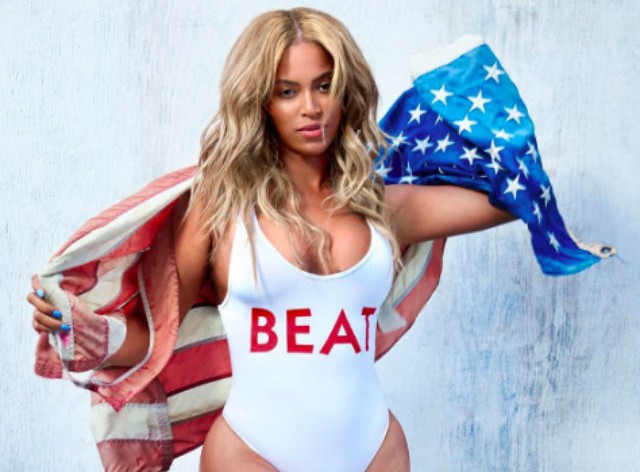 The only game we might hate more than a round of ‘guess that celebrity butt‘ is the never offensive game of “Is this female star preggo?” Today, the woman in question is none other than our queen Beyoncé.

The rarely astute people over at Radar Online made the stray observation that Beyoncé was wearing an oversized, paint-splattered army jacket as she left a restaurant.  They noted that she seemed oddly “protective of her tummy region” because her arms were crossed over her chest. Obviously all road signs point to PREGNANT (to mull over the non-evidence yourself, see the photos here).

If I were gifted a child every time I wore a big coat and crossed my arms, my husband would probably be Jim Bob Duggar. As odd as the concept of being CHILLY in January might be (even in L.A.), this seems like a more logical reason behind Beyonce’s choice to wear a roomy coat and CROSS HER ARMS, but whatever. Other explanations: she ate too many fancy biscuits, she was hiding mini bottles under that coat, she stole a champagne flute from the restaurant, or she was trying to hold herself back from punching the guys with the cameras all up in her face.

We get these people make big bucks off of stirring stuff up. This isn’t the first time Beyoncé has supposedly been pregnant with a second child, and it probably won’t be the last. But this stuff is annoying. Aside from being an invasion of what little privacy Bey has left, it’s also first rate body shaming, just ask sister-sister Tia Mowry, and it needs to stop.

If/when Beyoncé decides to bless the world with a second Knowles/Carter angel baby, she’ll no doubt announce it in a really obscure way while the rest of us are sleeping. Until then, let the woman have her winter chill in peace.