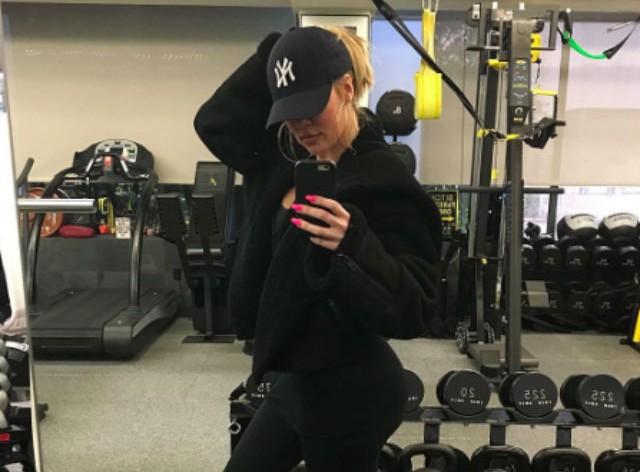 We already knew Khloe Kardashian’s advice for anyone who wants to get back at an ex who broke their heart: sculpt your body into something he wish he could get his hands on.

She’s created a whole misguided show off of the “revenge body” concept. And while you might’ve thrown your chicken noodle soup on the floor because of how sucky that self-improvement message is for women, here’s some good news. It’s not gender specific.

She’s apparently pushing the revenge body line on her brother Rob, whose weight is often a talking point for the tabloids and Kardashian shows. Today Khloe wrote on her site:

“I told Rob a while back: the best form of revenge is a good body. It’s a little silly but true. There is literally no downfall to working out your blues in the gym! You’ll feel better, and the by-product will be a fierce bod that’s bound to make your ex do a double-take.”

Silly? Yes. True? We’re not sold. Call us old school but we’re more inclined to go with the whole LIGHT THEIR HOUSE ON FIRE route, which obviously warrants a quadruple-take.

We’re all for equality, and it’s cool Khloe isn’t marketing her post-break up fit bod to females only, but we really wish her whole promotion of the revenge body would disappear from our lives altogether. It’s annoying, it’s off-base, and it’s on-par with saying that the most important thing in life is how much you weigh. We know that’s not true, and the last thing the world needs is a bunch of Kardashians running around advertising how revenge bods saved their lives.

Tags: Khloe Kardashian
About the Author