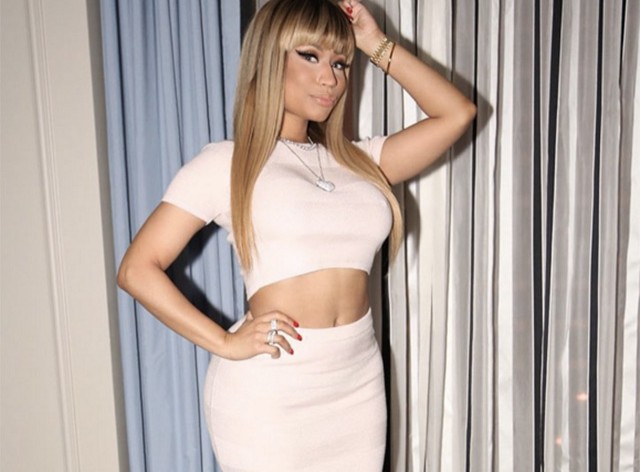 Why Twitter Needs Nicki Minaj to Call Out Beauty Ideals
by Ashley Hoffman | January 5, 2016 at 9:46 AM

Now there’s a petition to get Nicki Minaj the hell away from tweeting, permanently, and it’s from a self-described Nicki Minaj supporter.

It reads: “Nicki’s problematic and annoying posts have pushed the boundaries too far now. From her tantrums about the VMAS to now… she’s creating problems for herself and damaging her own career.”

About those “tantrums,” which weren’t tantrums. On Twitter, your queen talked about MTV’s preference for slim bodies. She talked about being excluded from the video nominations because of it. Maybe she didn’t deserve a slot in their eyes because her banana peeling in “Anaconda” was off, but whatever the reason, it wasn’t a “tantrum.” Some of the media treated her as angry and ridiculous in comparison to the composed Taylor Swift, and that was the most “problematic” thing to worry about.

Nicki Minaj’s presence on Twitter is absolutely necessary. In the hierarchy of celebrities worth talking about, she’s one of the precious few visible people with her shape, and she speaks quite powerfully about size and racial discrimination. It’s why we need Nicki Minaj like the servants on Downton Abbey need a moment of privacy. Perhaps you’d rather hear her spout a “we’re all beautiful snowflakes” message than to hear what she has to say, but her unpolished commentary is more valuable. Apart from supplying disses and Instagram captions, we need to hear her raw, in the moment thoughts because they’re often on point.

When celebrities “get real,” it’s so often about why they weren’t picked for more things, so Nicki’s actions could be viewed as self-serving. You could even argue that it’s all self-manufactured bad b*tch tude. But there doesn’t seem to be a false note anywhere when she speaks. What she says goes beyond her alleged public spat with Miley Cyrus and social media disputes. Her response to people saying she’s famous for her fake butt are important in this tyranny of appearance-driven everything. And we need her jokingly asking men for their ball size when the conversation inevitably lands on her cup size.

Even though she’s running the world, petitions like this prove she’s still struggling for respect because she has opinions. But Nicki will still survive all the “negative” attention because of her knack for spitting fire and her determination. She’s not throwing a tantrum. She’s deliberately expressing that she’s sick and tired of people disrespecting women for a garden variety of nonsensical reasons. This can make her posts “problematic,” but she’s invigorating. She’s being herself. It’s not flawless, but it’s refreshingly cathartic. The idea that we need to step in and save her from her mouth isn’t just patronizing. It’s not true.