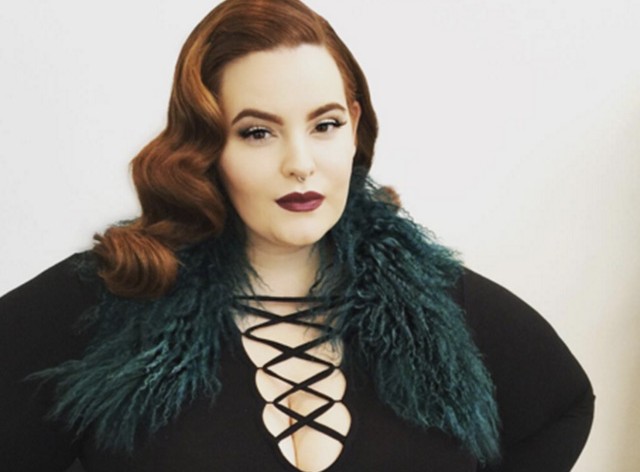 Tess Holliday Is Not Here for Bandwagon Body Positivity
by Ashley Hoffman | January 5, 2016 at 11:10 AM

Tess Holliday has a unique set of skills that include looking hot and also discussing companies that have suddenly tried to sell you products on a surfbort of #bodypositivity floating on a river of nonsense.

In an interview with layering queen, Bustle’s Marie Southard Ospina, Holliday pays tribute to the voices that came before her.

“Obviously radical voices like Marilyn Wann and Virgie Tovar came before me, but it wasn’t as mainstream. Now I feel like it’s trendy. And I see companies that I know for a fact aren’t body positive using the term. I feel like it was a really positive place, but it’s taken a negative turn.”

Though the body positivity fever is hitting a high note, liking yourself above a size 4 is not a new concept, and it existed long before Instagram. See our interview with the creator of the “fatkini” for more on some of the O.G. voices behind the movement.

So, dear companies angling to cash in on the body diversity trendlet: Go ahead and hop on the radical notion that self-love exists at all sizes, but for the companies some believe are faking it, Tess has your number.

Oh, and if you’re going to have a campaign showcasing some body diversity, it’s pretty useless if you’re still going to charge more than $50 extra when your clothes go up a cup size.