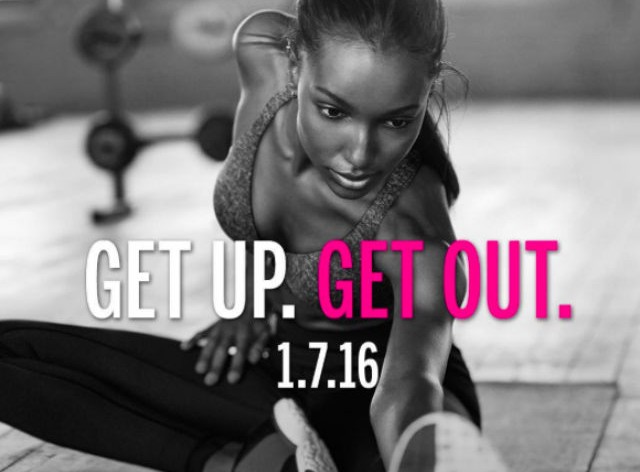 People Are Mad Victoria’s Secret Only Shows Slim Women in Their Activewear
by Eliza Dillard | January 5, 2016 at 10:31 AM

Repeat offender Victoria’s Secret is back to being exclusive and only throwing pink sequined love to one specific, slim body type. But that’s no surprise. The company’s range of athletic wear, Victoria’s Secret Sport, started off the New Year with an Instagram countdown hyping people up for January 7, the year’s “biggest sport event” by Victoria’s standards. And though they haven’t said what is happening on that precious day, from the looks of their promotional posts, it probably isn’t anything that women of all sizes will be invited to.

In an Instagram video shared on both the Victoria’s Secret and Victoria’s Secret Sport accounts showing Angel wing-worthy, slim women getting their high kicks and sprints in, several Instagram commenters noted the lack of body diversity and wondered why the company didn’t reach out to “more athletic”-looking women.

A video posted by Victoria’s Secret Sport (@victoriassecretsport) on Jan 1, 2016 at 1:06pm PST

Here’s just a hint at what some of the commenters are saying:

@madameleprechaun: “Um where are the athletic normal looking women?”

@greegor23: “@Victoriassecret You’re selling fitness gear but these models are far too thin for any woman in fitness to take seriously. They have zero lean muscle mass. Have you considered actual fitness models for this particular line and keep the (still way too thin) models for the lingerie? Something to consider.”

@_megnicod: “These girls are too slim to be promoting a healthy, positive body and lifestyle.”

In a series of comments, @denise_127 said, “they look like tall bamboo sticks running”, “but they gorg.”, “it’s just that i think this shouldnt represent ‘sport.'”

Bamboo sticks? Not cool. Despite the gross skinny shaming, these commenters do make a valid point. There should be some sort of variation in body types in this video because, hold on to your hats, all body types do hit the gym. This was a revolutionary thought when curvy model Erica Jean Shenk was on the cover of Women’s Running. We get that Victoria’s Secret only shows slim women slinking around in their lingerie, but activewear too? Come on, throw us a bone here.

Other promotional tactics used by the brand to get people pumped for the mysterious January 7 event include photos of slim women with motivating taglines like “Trust us—you won’t want to sit this one out.” Sure, we don’t WANT to sit this one out, but we might have to if we can’t pull your yoga pants over our hips.

Get ready. #ThisIsEpic A photo posted by Victoria’s Secret Sport (@victoriassecretsport) on Jan 4, 2016 at 5:57am PST

In the comment section for the above photo,  @ashless_ccake said it was her “wildest dream” for the company to extend their workout clothing sizes, and @mermaidzangels noted how lucrative the endeavor would be. She said, “they really should though the more variety of clothes sizes the more people of those sizes who will shop and the more money they’d make :)”.

Commenter @ashless_ccake replied, “seriously, they should go up to 2x or 3x with their clothes. They don’t even go up to XL which is crazy. And I think their sizes run a bit small for some stuff. :/ I would love to look cute at the gym in some VS sport stuff. But a Medium is not in everyone’s reach.” We heard that.

So what will January 7 bring? New Lululemon-priced and exclusive Victoria’s Secret gym accessories? A collaboration with a top straight-size model who enjoys aerial yoga? WORKOUT CLOTHING FOR EVERYONE? That would be a 2016 dream come true, but we won’t hold our breaths.