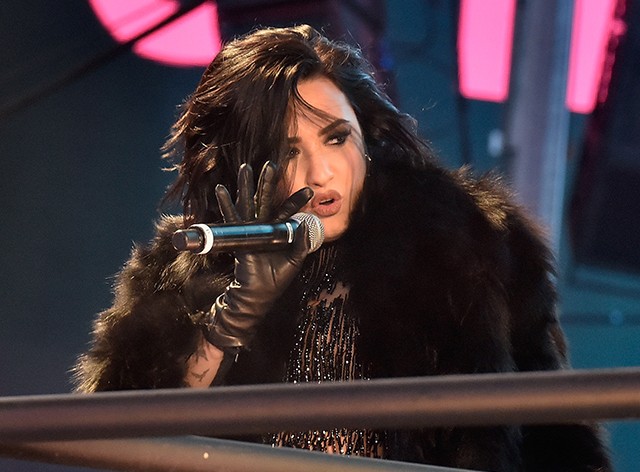 Demi Lovato and Carrie Fisher Are United Against Body Shamers
by Ashley Hoffman | January 4, 2016 at 9:20 AM

Carrie Fisher had the last brilliant word on all the fun weight policing she has dealt with as of late. (For your hate reading pleasure, get a load of the infuriating New York Post’s story that made her do it.)

Notable women like Bette Midler rallied around Fisher for the way she swiftly gunned down people on the internet chatting bout her look at her age. She did it with the appropriate amount of sass and wit. (In her words, her body is a bag that carries her brain around.)

Demi Lovato, no stranger to physique commentary, is a woman with her own body acceptance story. So she loved it, and it looks like she and Fisher are friends on the internet now.

Major props to @carrieffisher.. This woman has been through so much and yet she still doesn’t let the haters get to her.. Awesome example

for women of all ages everywhere. Thank you @carrieffisher.. You are #goals

Fisher may be one of the best body shame repellers to happen to the internet because she does acknowledge it hurts her feelings. Now we have the status of this internet mentorship. Together as one, these are two body shame-repellent women who are sticking together.

Related Links:I Loathe Everything About the New York Post Telling Carrie Fisher to Be Thankful Disney Told Her to Lose WeightWhy Body Positive Models Are Not Skinny Shaming You: An Explainer