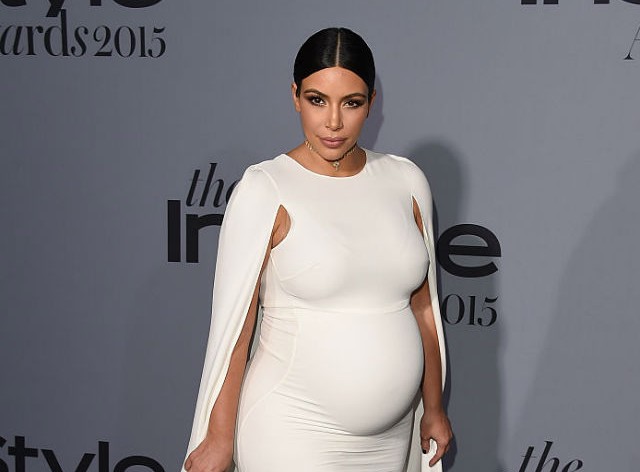 It’s been another year of selfies, naked shoots, and project ventures fit to take over the world for Kim Kardashian. Now that 2015 is coming to a close, she’s over on her website listing her goals for the coming year (she believes in monthly goals instead of resolutions because she’s always keeping it real like that).

Her first and most important goal for the new year? Here it is: “In the next coming months I’d obviously like to shed the baby weight. That’s the big one to accomplish first!”

OBVIOUSLY it’s losing the weight she gained from carrying a saint around for nine months. What else is more important than the number on her scale? Would tomorrow even come if Kim had said that the first goal on her list was to learn how to knit or windsurf? Probably not.

Other important things that Kim could be doing instead of rushing to get back to her pre-baby bod: taking more selfies while she sucks on a Cheeto, signing a deal with E! for “Fashion Police: Toddler Edition” hosted by North West, or revisiting her brief dabble with music so she can do an album with Kanye. The opportunities are ENDLESS.

Anyway, other goals for 2016 that are less important for Kim but still something she’d like to get around to eventually include: finishing the Kimye mansion, going on vacation, meeting up with Twitter followers, and learning to do the splits. Not joking.

Let’s Stop Rushing Everyone to Lose Weight After Giving Birth