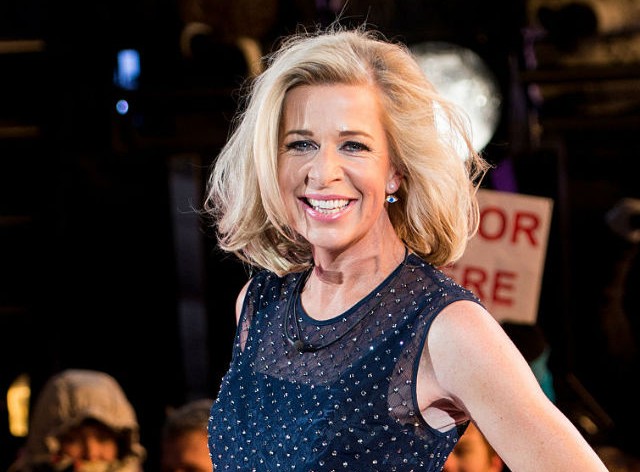 British television personality Katie Hopkins is most likely on a mission to become the most hated person in the world who has never caused anyone any physical harm. The strikes against her just keep racking up. We already knew she was one of the worst celebs on body image, but here’s even more reason for you to want to push her into a shark tank at feeding time.

The Daily Star caught up with Hopkins to chat about her not-offensive-at-all new show coming out just in time for the new year called Katie Hopkins: Fat Story 1 Year On. In the long list of quotes regarding how she clearly doesn’t enjoy looking at anyone who couldn’t fit into a Jenner sister Topshop collection, there was a tiny ray of sunshine, or so we thought. For a slight second, it seemed Hopkins actually threw curvy models one-fourth of a bone and complimented them for being hot, but then she snatched that bone back faster than our mouths could hit the floor.

She said this little gem regarding models who wear larger sizes: “The interesting thing is they carry their weight really well cause they’ve got big shoulders, they’re quite tall ladies, they’ve got really brilliant boobs and they do look – sat down – they look brilliant.” OH. Okay. We won’t even get into the whole carrying their weight “really well” thing. Thanks for pointing out their chests as a redeeming quality, Hopkins. And double thanks for admitting you aren’t repulsed when a curvy model is sitting down because you probably can’t get a full glimpse of their (hot) bods. We’re sure that really helped your image and didn’t give people one more reason to throw darts at a picture of you modeling a fitness tracker.

We’d start reaching out to her Twitter followers to see if anyone actually likes Katie Hopkins, but we’ve got our hands full with bottles of vodka after that comment. Stay classy, Hopkins.