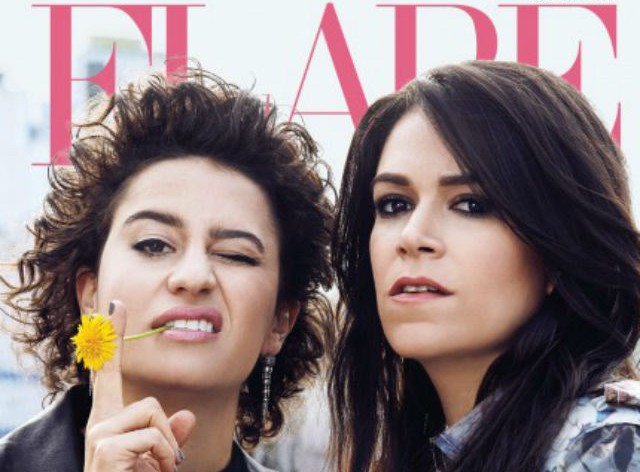 Ilana Glazer Says Joking About Her Boobs is Empowering
by Eliza Dillard | December 22, 2015 at 9:51 AM

Your relatable gal pals from Broad City, Ilana Glazer and Abbi Jacobson, have made their fashion debut on the February cover of Flare,and they’re looking all kinds of cool in denim, leather, and floral. The interview is unsurprisingly witty and captivating, and it touches on informative topics like caviar, being a boss, and having some curves on television.

On having a body the good folks in Hollywood don’t often portray, Ilana said, “I think we both have these bodies that, because you just see such thin people represented all the time, when you have any tits, any a**, it’s like va-va-voom.”

Right she is. It’s easy to want to throw a parade with a decent high school marching band when you see some curvage blessing your television because… reality.

But Ilana wants you to know that any jokes she makes about her cup size aren’t for the audience at home, they’re her own way of enjoying her body. She added,

“I am very sensitive about my boobs; I was literally nine when I got them, and for so many years, before I got to enjoy my body, it was for other people’s evaluation. To enjoy your body on a comedy level is a whole other level of pleasure. Boob humour: it’s like, this is not for you—it’s for me.” Noted, and we want to get that last line printed on a canvas bag or something.

While the chances of us being able to experience firsthand this kind of self-love through our own hilarious boob jokes on a television series are slim to none, we can relate to this fist-pound of a message and we’re totally here for it.