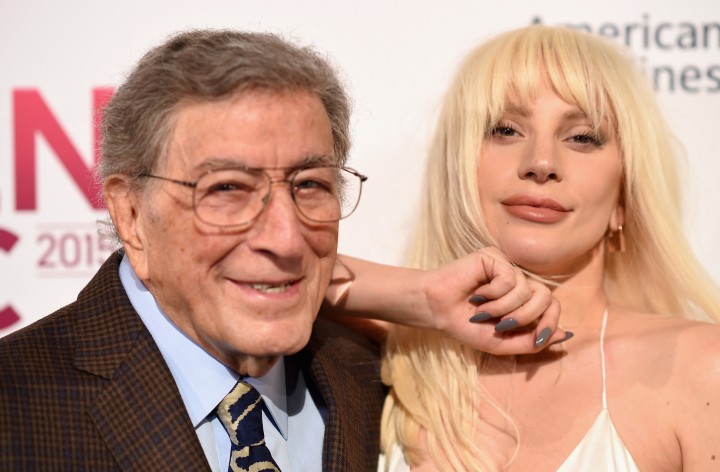 If you’re in need of a hilarious gift that is a total joke, Amazon’s answer is: this album called Cheek to Cheek featuring Lady Gaga and Tony Bennett singing together.

The screen shot below turned up on a forum proving that someone at Amazon decided this artistic contribution was comedic. And on Amazon, the thing has a four and a half star rating. We think that’s chump change for something so full of star power and cheeks, and we haven’t even mentioned that this album includes tracks like “Nature Boy,” and “Let’s Face the Music and Dance.”

Give these old school jams a listen, and think of all the various ways they might derange someone who thinks they’re ridiculous. The randomness of this duo is probably what makes it hilarious in the eyes of an Amazon employee who is just trying to organize your life and guide you toward the light. We think they’re both classic entertainers, and that this collaboration was probably founded on the same principles because they both love entertaining via embryo. 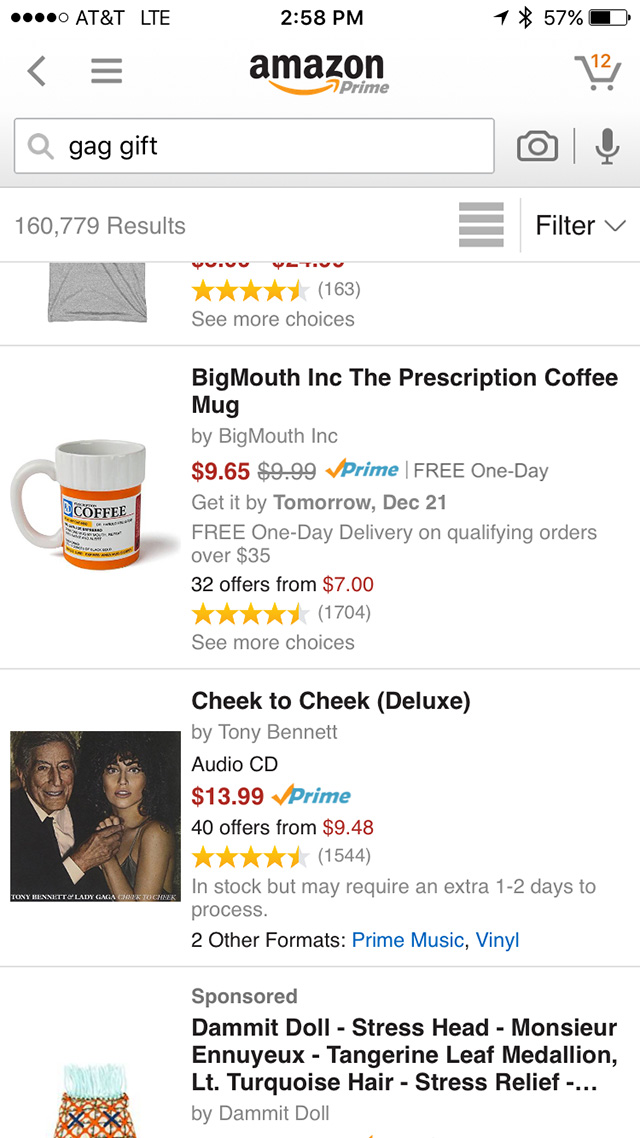 Tags: Lady Gaga
About the Author