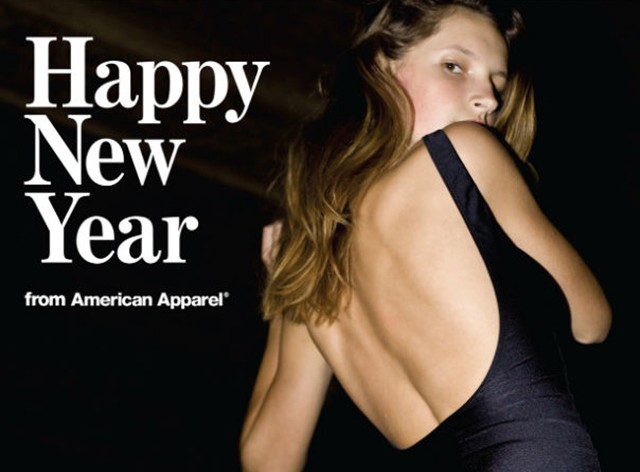 A Timeline of American Apparel’s Most Ridiculously Inappropriate Holiday Ads
by Ashley Hoffman | December 19, 2015 at 10:15 AM

The approach of the holidays usually signals brands to bundle their models up, but of course when we’re talking about American Apparel before their major image shift, things got, well, weird.

They’re all sultry baby-faced models lying around in basements and vans with a strong allergy to bottoms. We’re talking skeevy on par with the type of pictures police might shudder at when they find them in Taken: A Christmas Tale. These ads have elicited complaints, bans, and increased interest in where the sam hill the “apparel” is.

For those of you who might enjoy revisiting American Apparel ads during the holiday season more than the comfort of a soothing cup of hot cocoa, here’s a timeline of the ten most inappropriate American Apparel holiday ads.

1. December 2006
Just fighting over clothes with a creeper in the background. 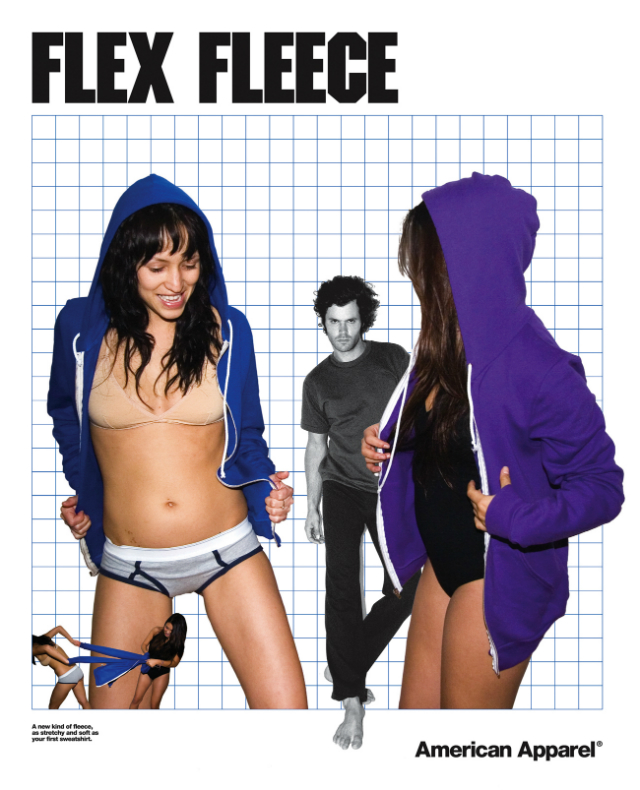 2. December 2007
Season’s greetings, from this crotch. We’ll just link this one (NSFW).

3. December 2009
On rare special holiday occasions, she will ask for some sheets on the mattress. 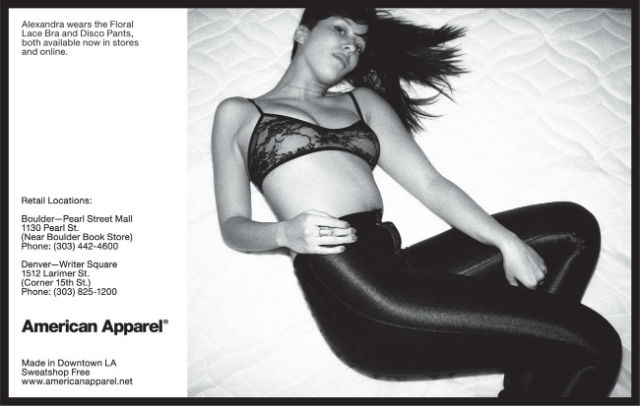 4. December 2010
Nothing says should old acquaintance be forgot like a face full of a girl looking back at it in shiny spandex. 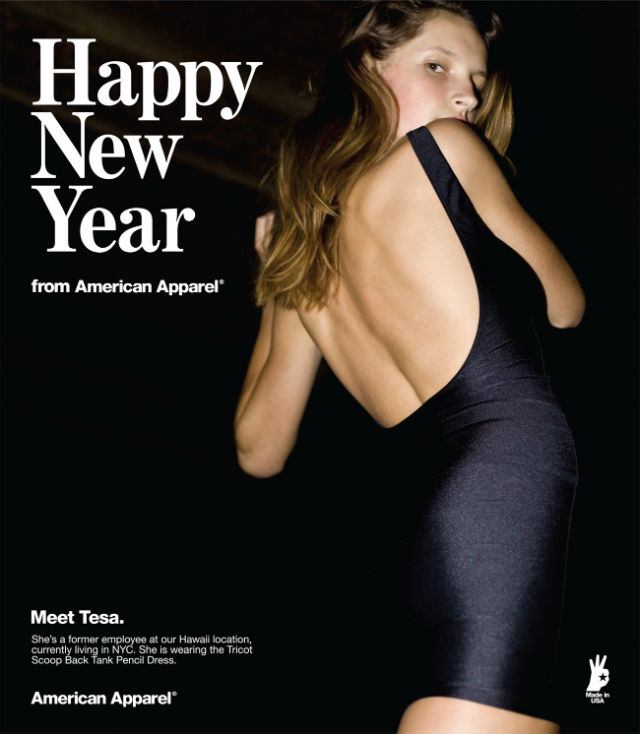 5. December 2011
Just bending around in the basement. 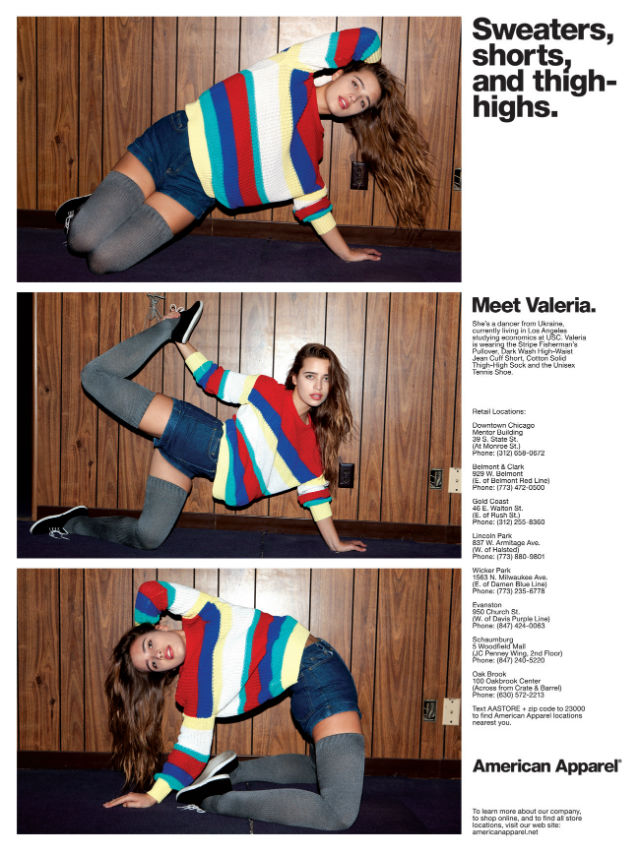 6. December 2011
The exact pose everyone should make in their Christmas newsletters. 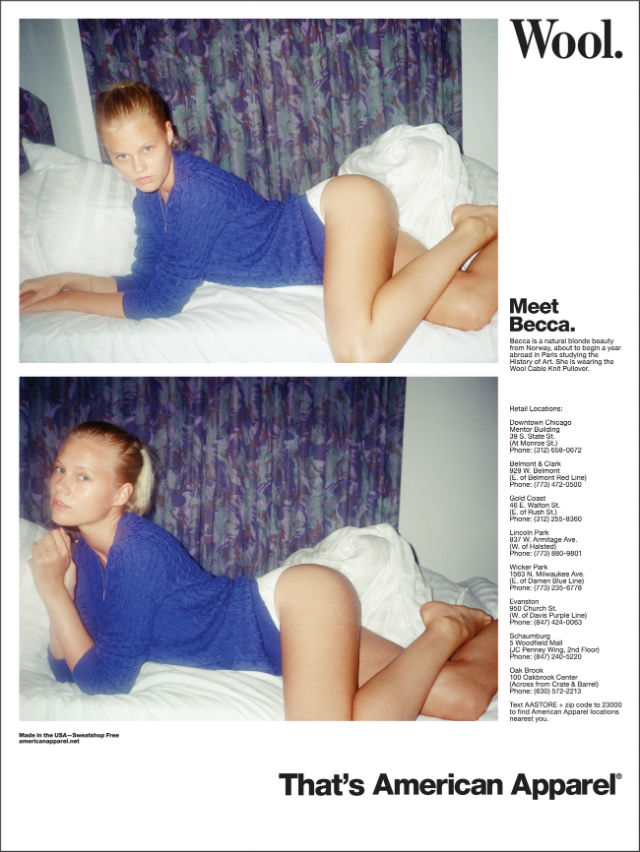 7. December 2012
Arms are for holding your hair up when you don’t have a twisty tie, so buttoning a flannel up is out of the question. 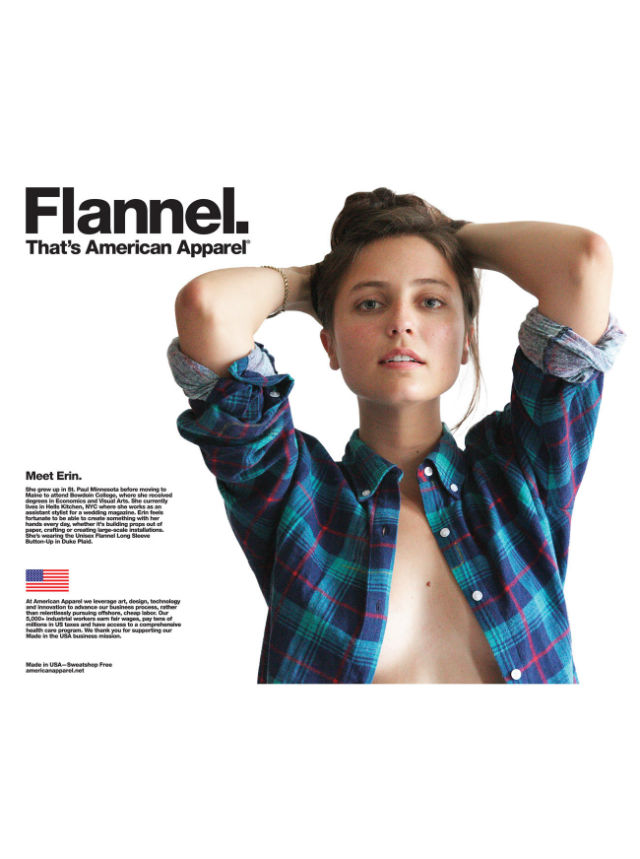 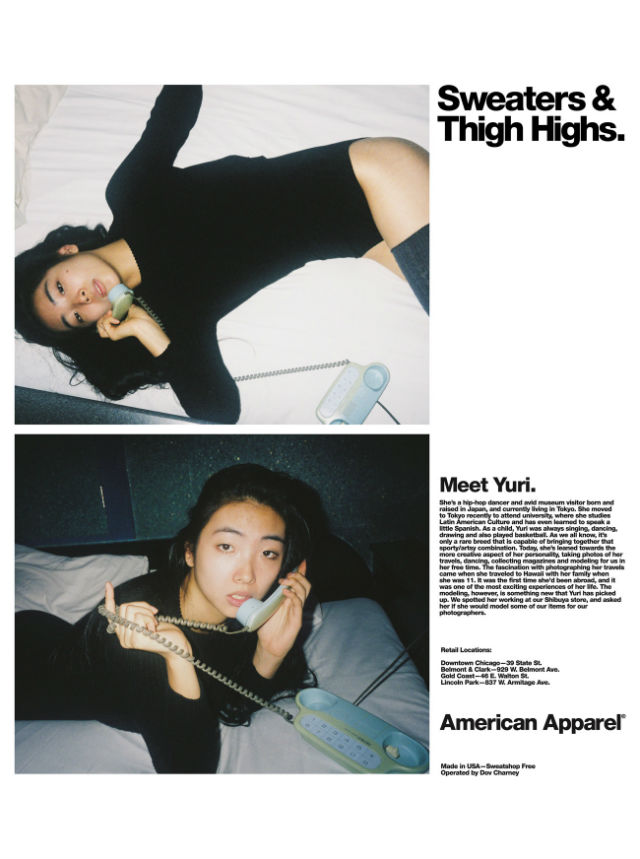 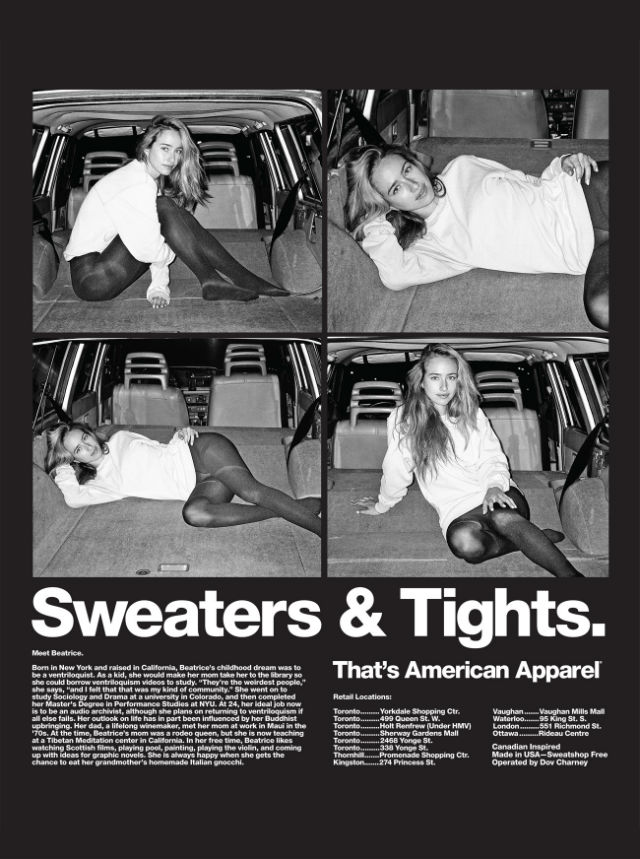 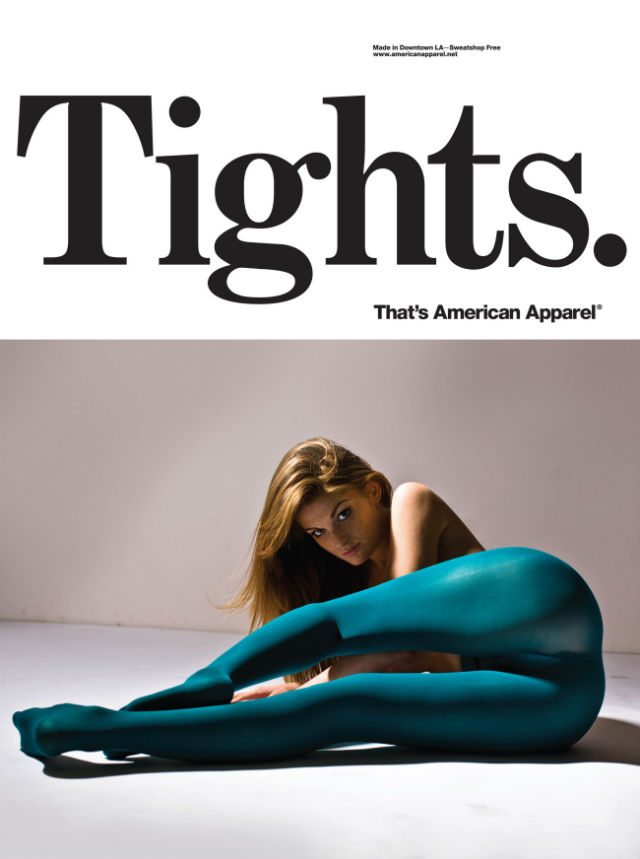 Tags: Advertising
About the Author