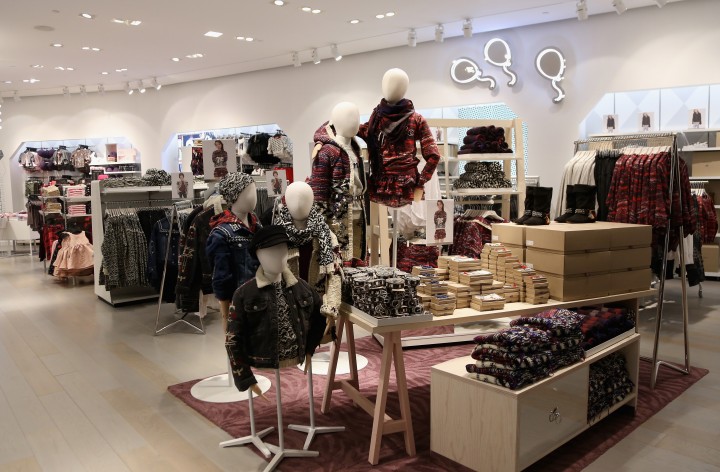 This Woman’s Fruitless Search for Cool Clothes in a Size 18 Is Just as Depressing as It Sounds
by Ashley Hoffman | December 18, 2015 at 10:34 AM

Wouldn’t you know a dark cloud of hopelessness still lingers at H&M, River Island, and Primark in England.

Even though circumstances have TOTALLY shifted and the curvier woman is now awash in options and love, shopping still makes you feel like a piece of garbage. Katherine Hockley (who wears a size 16 to 18,) took us on a photo journey through racks of “NO WAY NO HOW” threads that allowed her to deploy this hilarious line, which she stole from Zoolander: “what are these jeans for ants? Everything is wrong about these trousers and this is the reason I stick to leggings and skirts. Everything only up to a size 16, and the ankles looked weird.”

It’s burns like these that make her very fair summary of her quest to find a shirt that didn’t suffocate her boobs hilarious.

Hockley, who describes herself as six feet tall, takes pictures of herself in ill-fitting clothes from all the most popular high street stores. (She did this piece of writing for Zusters Chap collective, a site that sounds like a secret Wes Anderson society.) Here’s a taste.

Primark = no dice. Of the 33 tops available, not a single one was in her size: 18, and the ones she did really like seemed to cap off at the highest size designers love: 12. Also, the no boobs allowed in shirts rule is still flying and she felt really squeezed in these shirts because the buttons were getting all weird from being pulled apart from the seams.

On climbing the stairs to that special dark corner reserved for “plus-size” clothes, she said this:

“I tutted out loud when I reached it (how terribly British) because for some reason you jump from mid-twenties downstairs to middle-aged upstairs. Everything is baggy and shapeless with the unmistakeable air of ‘cover yourself up.’”

“Why don’t I just get a plain duvet and cut some armholes? This reminds me of the shapeless muumuu Homer wears in The Simpsons when he puts on a bunch of weight to get out of work. Then the size 18’s seemed too big for her. River Island had size 18’s.”

River Island is giving us more sizes (next year), and maybe they’ll be stylish, but until then we have this shaming report from a hilarious woman in England.