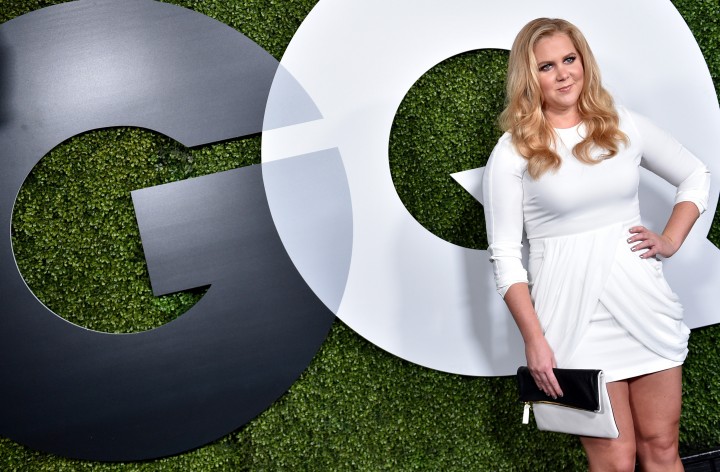 Amy Schumer Totally Loves Her Body Despite Trashing It So Much
by Ashley Hoffman | December 18, 2015 at 9:12 AM

When we interviewed woman charmer Amy Schumer, we asked her about being a total fox and joking about what a trash heap she is around the clock.

Interestingly, even though she makes fun of how little she appeals to every jury of men, the real Amy’s certain she’s a total goddess. She’s just joking about how she’s an outlier in the world SLASH Hollywood, which has a different set of standards like 40-year-old dudes with posters of Ariana Grande. In her interview with Barbara Walters, Walters complimented her appearance and asked her about not liking her looks. Schumer said this:

“I think I make fun of how I think the world and how Hollywood sees me, which is heavier than most actresses. I’m not a model and I don’t feel apologetic about that. I feel good naked. I feel like when I take my clothes off like saying you’re welcome.”

Catching a dingleberry at 160, not a problem, and neither is the firm understanding that your naked physique is a gift to the world, even when the world views you–a pretty blond woman–as groundbreaking. Three cheers for Walters who spoke with the aplomb of a nature documentary narrator while Amy discussed boning.