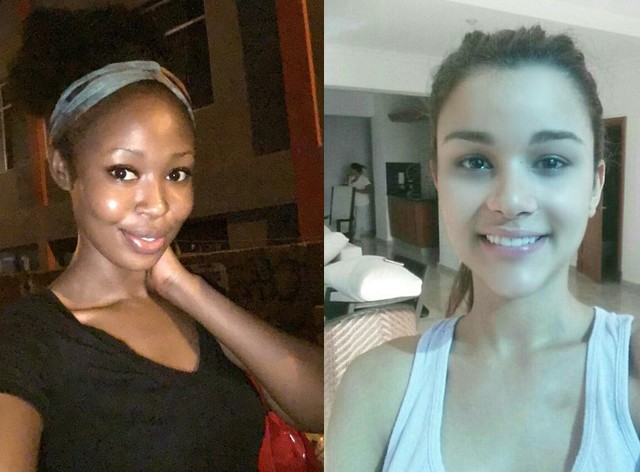 “Natural” isn’t a word that bursts into your head at the smile parade known as Miss Universe, but look, they did something cool.

The current crown Miss Universe Paulina Vega asked this year’s contestants to post make-up free selfies, so now we see them without the glory of makeup from a pro in a non-beauty contest scenario. Not a bad move. People love to gloss over the fact that pageants do charity and offer scholarships. Even if figuring out who rules the universe based on bikini bods does feel outdated and cheesy, this one social media campaign is a step away from that good old narrowminded definition of beauty. Some people are just tweeting their pageant poses, but there’s some natural moments if you scroll enough to see Miss Ghana without extensions.

This was a step in the right direction so we’re here for it. Also, we think that this year, the judges should give the Miss Universe title to whoever can do winged eyeliner on both eyes on a stability ball without crying.

My best tool to compete is my inner beauty #MissUniverse #ConfidentlyBeautiful pic.twitter.com/VFOp6CuqL9