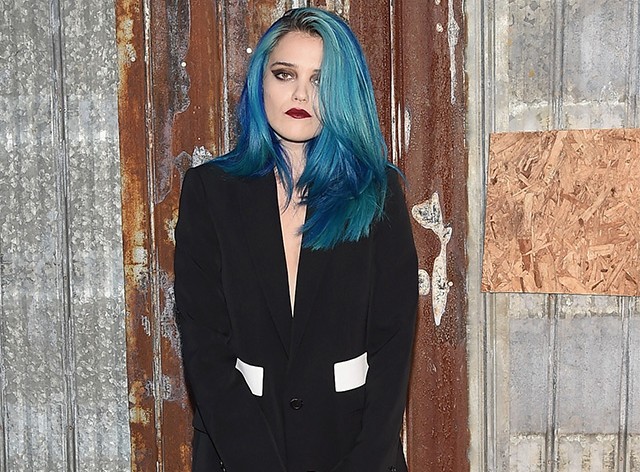 After Sky Ferreira noticed she was photographed with 1) platinum blonde hair and 2) a male companion who is black, she realized she was “doing Kimye” without even trying.

With her newly toned platinum blonde hair, she observed that not only is her life suspiciously similar to Kimye’s, but it’s nearly identical. As we would all like to be more like dark overlords Kim and Kanye, this picture demonstrates that she and stylist Ian Bradley have a lot in common with America’s most important voices. Pleased with the striking resemblance, just for funsies, Sky has shared this. Note how Sky’s hair falls in a manner similar to Kim’s, and like Kanye, Ian is wordlessly communicating a lack of interest in the world. Plus, they’re wearing black.

She is a master of the sincerest form of Kimye flattery.