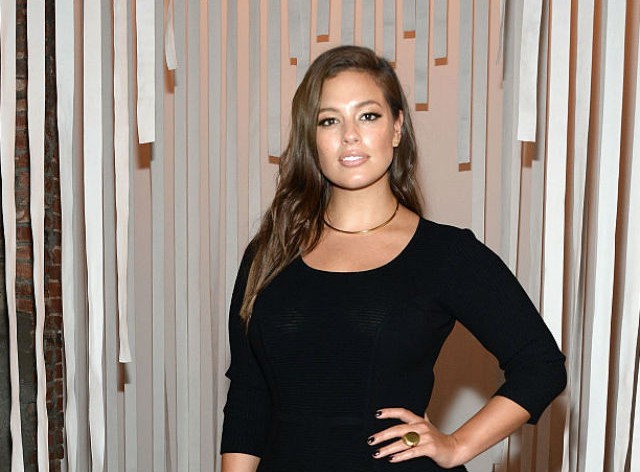 Turns out your friends at Vogue were maybe just doing you a solid this September when they only included one measly Lane Bryant ad in the entirety of the fashion bible and the rest were, as usual, body types we can’t all relate to.

At least that’s what this new study for the Journal of Public Policy & Marketing suggests. Apparently curvy model babes we love to love like Ashley Graham are “fueling obesity,” the Daily Mail reports. Researchers Lily Lin and Brent McFerran conducted five studies to gauge how subjects reacted to “cues suggesting that obesity was acceptable.” They found that “using fewer images of models who are underweight and aesthetically flawless can have a detrimental effect on the public’s lifestyle and eating behaviour,” citing that the study’s participants were more inclined to throw three sheets to the wind and eat unhealthy food. Because you know how you grab a can of Pringle’s after looking at Ashley Graham, who has been proven to be healthy. So, cool? Having hundreds of advertisements featuring underweight, overly Photoshopped women shoved down our throats daily is actually the media’s way of keeping our health in check now. How friendly of them to have our backs.

But the madness doesn’t quite stop there. In a plot twist, apparently looking at images that, you know, represent the majority of women you’ll see walking down the sidewalk only fuels our body anxiety.  “The study’s authors suggest that efforts to increase acceptance are resulting in increasing the amount of thought consumers put into their appearance and heightening body anxiety,” The Daily Mail writes. But consistently looking at a body type that you might not have and might not ever be able to achieve doesn’t? Interesting.

But there are other valid sources who would probably take issue with Lin and McFerran’s latest study. In 2011, the American Medical Association warned about the dangerous, unrealistic body standards that Photoshopped ads can promote. And in 2012, researchers from Durham University in the United Kingdom conducted a study on body image that had quite the opposite outcome of the Lin and McFerran study. These researchers showed photos of models of different sizes to 100 female participants. “The more images of thin models the subjects saw, the more they preferred thin bodies. However, women who habitually strongly preferred thin models were ‘significantly less keen’ on thinner body types after they’d been shown photos of plus-sized models. The effects also worked when showing women images of ordinary women as well as models,” the New York Daily News reported.

So what are a bunch of women craving for body diversity in the fashion industry supposed to believe? We’re not quite sure, and obviously we’re no scientists or health experts, so we’ll leave all that to the powers that be to argue over. What we are 100% certain of, though, is that looking at pictures of Ashley Graham makes us feel as close to heaven as we might ever get, and for that, we’re eternally grateful.