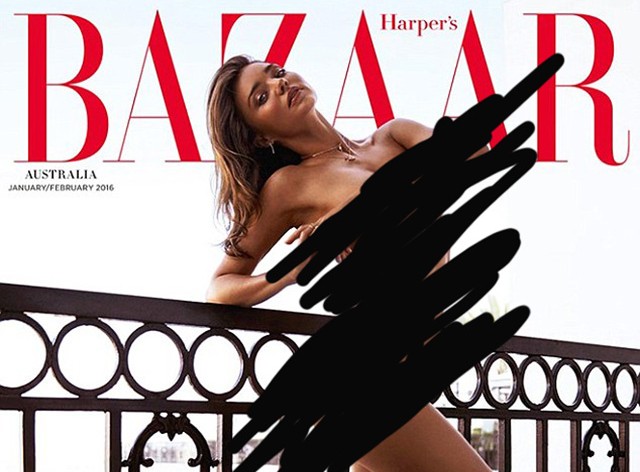 Magazines Need to Step Up the Art Factor With All These Nude Covers
by Ashley Hoffman | December 10, 2015 at 12:06 PM

Naked bodies over here, naked bodies over there. What. Else. Is. New. But this was a big week for nude magazine covers with lui’s commendable breast cancer-fighting covers, and this is Harper’s Bazaar now so people are hating on this shocking news in glossy bare bottoms. When these covers drop, people are understandably annoyed. These are fashion magazines for women who buy clothes, after all, and at the risk of sounding picky, it’d be real stellar if we managed to work some fashion in.

Look. We’re in on it as much as the next person looking to cause internet breakage with MORE SKIN. Who can blame PAPER and LOVE for succumbing to the tried and true practice of stirring up “conversation” with Kim Kardashian’s profitable bottom? How else can you put your own stamp on the internet without almost flashing some bits?

Plenty of these stars slurp up attention like it’s their first tequila after Whole 30 so, predictably, it makes sense when they’re presented with the option to skip the dress, they say “yes please, let’s do this.” Nekkedness sells, but magazines need to restore some artistry to their covers. 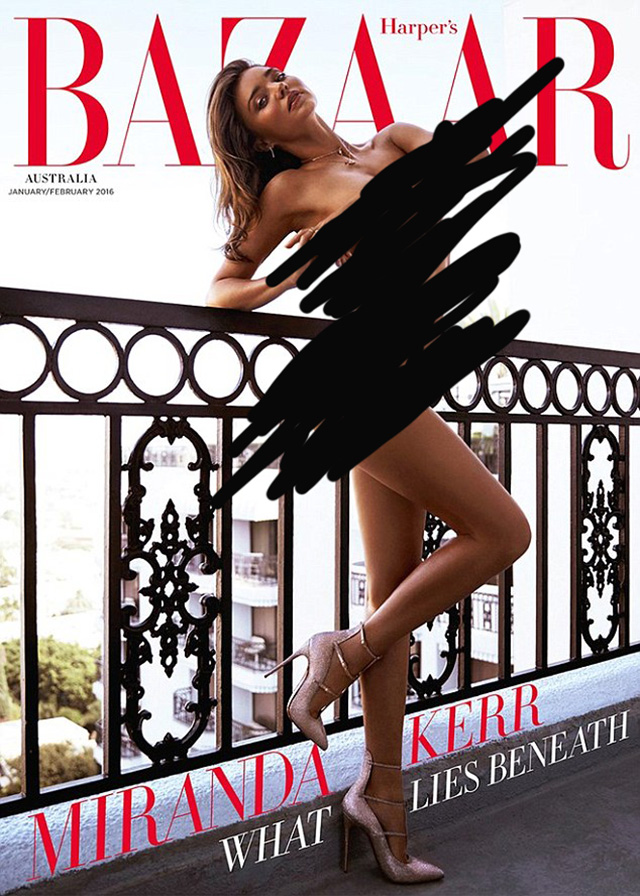 Take this Harper’s Bazaar cover for example. It’s actually not an artless shot of a star who probably only does sexy leans in heels and diamonds indoors. But it just screams sexy baby! Males! Commence gazing now. There’s that sweet innocent cutie face that dudes enjoy, but it doesn’t look so hot on a successful grown woman. Maybe critiquing a nude shot of Miranda Kerr is pointless because once the clothes are off and the snapshot’s snapped, then success! They made us look.

But this would benefit from a little more styling. If the composition was a little less, HERE YOU GO, it would be more intriguing in a non-obvious way. Or if she was in half-worn lingerie, or–dare we demand it–a power stance, this would be so much more alluring, sexually charged, and interesting. It’s all a gaping objectification hole to some degree, but magazines need to step up the artistic value. There’s countless directions that this could have gone in that would have been more elevated than this. 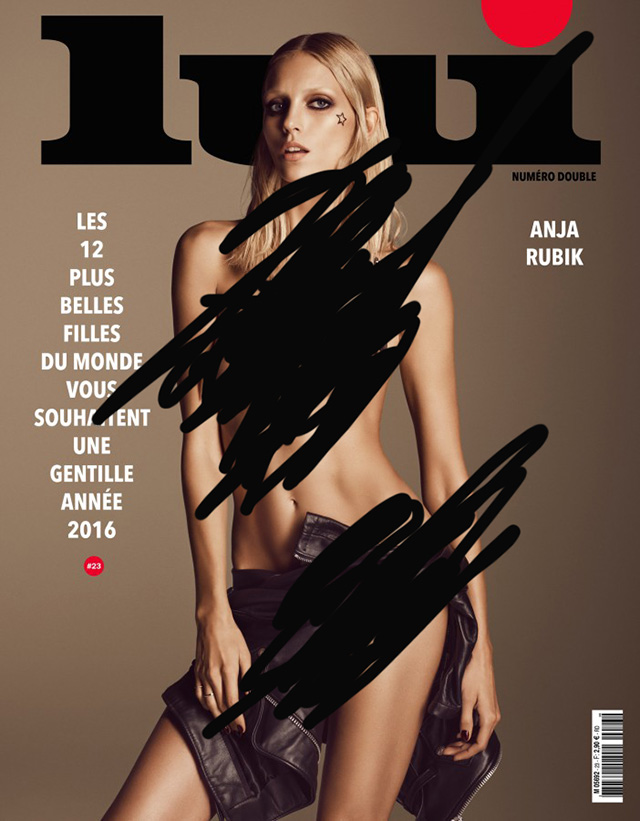 Importantly, women can be as bare-arsed as they choose. Whatever floats their Instagram power, but it’s likely that magazines, not the women, have a lot of the power. And one thing I don’t love about women’s magazines “celebrating” women’s bodies in all their glory is the retouching that might make littles want to try using extra holiday tape to rip off all their body hair or consider a premature boob lift before they hit their first hookup party. 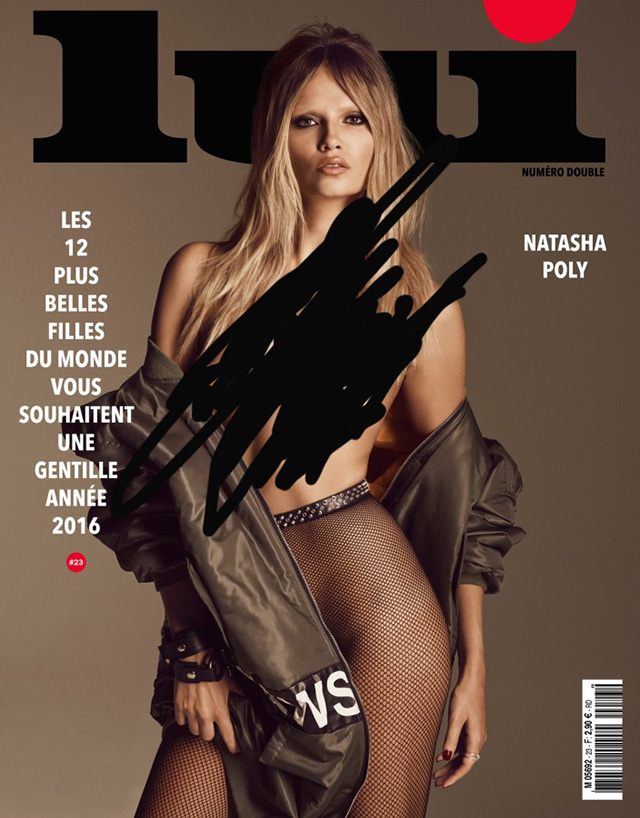 I could defend a woman’s right to take off her pantaloons in the public eye all day. When I interviewed Joan Smalls, she talked about how empowering it was. I’ve interviewed women who gave up fashion modeling to become nude models because when you do, there are no ill-fitting clothes that tell you your body is supposed to be smaller in order to vibe with society’s expectations. But even this 18-year-old feminist photographer I profiled tells her nude subjects – who all approach her first – to pose “strong.”

Posing nude can confirm in the eyes of everyone that your body is yours. Whether or not it’s anyone else’s eye candy is their own cross to bare, just like how much they spend on candles. Owning your body is deeply personal for women, and it’s about taking your body back from everyone else who tells you it’s on the table. It’s also a woman’s right to pump the well dry on anything she has to offer. So who’s to say what the difference between Modigliani and Kim Kardashian’s champagne shelf is? IMO, delivering stuff like this almost diminishes the power of a woman choosing to do it for herself and her career.

Now, it could be argued that magazines aren’t pretending to be above this anymore. It’s transparent of a publication to serve it all up on a platter without trying to sell it to us as stylish. Exploitative, shameless, and in your face, we get, except a lot of these recent covers look like they should be sold behind a curtain along with the really creepy “reads.” The precise way it’s presented in this context could use more of a fashion focus. Even if a famous butt is an example to us all and we wish these butts success, the creativity is lacking.

Wouldn’t it be smashing if a magazine cover could score buzz without strategically covered nipples? Don’t hold your breath. But magazines would be well advised to do something a wee bit more interesting than relying only on butts and calling it a day. If magazines are going to do nude covers that resonate with women, it has to look more powerful than this.