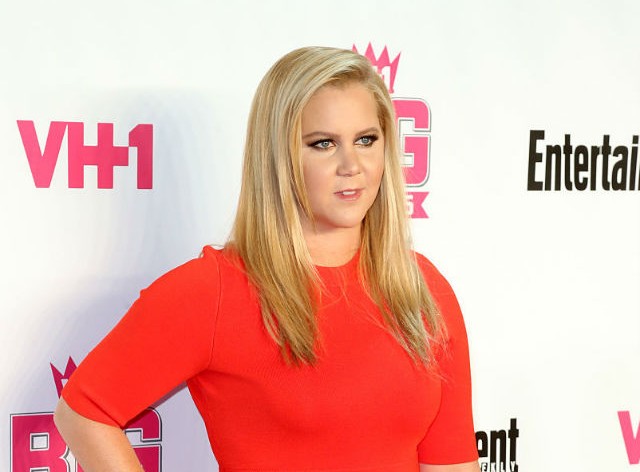 Amy Schumer Convinced People She Was a Victoria’s Secret Angel Last Night
by Eliza Dillard | December 9, 2015 at 9:24 AM

You know the deal with the Victoria’s Secret fashion show. It’s the most outrageous night of the year when all of the world’s top straight size models dress up like the Nutcracker and Halloween had a half-naked child. Inevitably tons of women start social media-ing pictures of themselves with beer and burgers on the couch with the hashtag #VSFashionShow to show that their bodies are made by Victoria.

This year, your girl Amy Schumer made a joke of her own. Clearly she was a little peeved her wings got lost in the mail. She tweeted this from what looks like a parking garage where she’s probably shooting something brilliant:

Waiting to go on at #VSFashionShow so nervous. So hungry #roadmanager pic.twitter.com/I86lJwoRCy

We’re gonna let the “so hungry” comment slide because we’re not here to make food jokes like Colbert. But Schumer brings up a good point. She should be on that stage in a jewel encrusted bra blowing kisses and taking backstage selfies with Kris Jenner. After seeing the splash her soft stomach made in the 2016 Pirelli calendar, we’re thinking Schumer should be first on the Angel roster next year. Some of her fans thought she was being serious and showed her some support:

We know Victoria’s Secret hasn’t been down with letting body diversity be the wind beneath their angel wings, but if anyone can make them get their priorities straight, it’s Schumer.