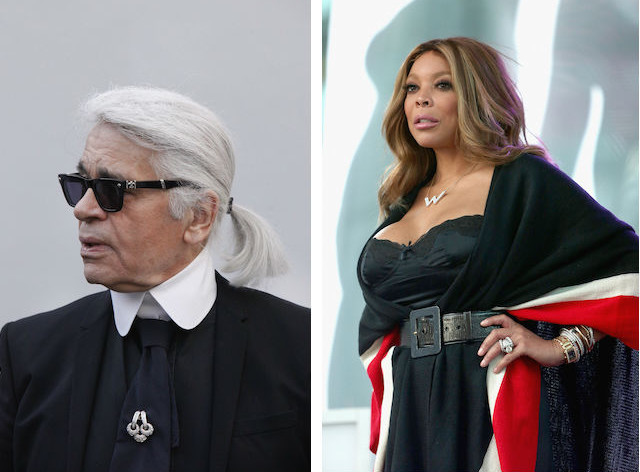 There’s never a shortage of people who are quick to spit out unwanted wisdom on how women should look. From Instagram trolls to the guy carving turkey at your local deli,  the world is awash with men and women who think it’s their holy duty in life to let women know that their bodies are too thick, thin, curvy, whatever.

Obviously, we’re not here for that. We’d love to pour gasoline and light a match on every body shaming comment we came across on a daily basis, but we know there’s not enough oil left on the planet for that. The best we can do is compile a list of ten celebrities you should steer clear of if you’re looking for a shot of confidence to your already hot bod.

In no particular order, here are ten celebrities who have done the most in causing us to lose all faith in humanity by attacking other women’s body image.

Listen, just like Rihanna, we’re not begging (or even politely asking) to join Taylor Swift’s girl squad. But that aside, we’ve got to admit that Diplo’s friendly “Get Taylor Swift a Booty” kickstarter was a low blow and skinny shaming at its finest. Shoutout to probably coolest squad member Lorde for calling Diplo out on having a small penis.

British television personality and columnist Katie Hopkins is one of those people we’ve never met but know we would hate anyway. She has a pretty long track record for bluntly stating her horrific and unwanted opinions on celebrities, like the time she called Kelly Clarkson a “chunky monkey”, when she called Lily Allen a ‘short-a**e mother in big pants’, and when she said Nicki Minaj was a “fat a**e,” among other naturally offensive observations. When she’s not being verbally abusive, Hopkins gives away Fitbit bracelets so she can do her part in saving the world or whatever.

Wendy Williams is no stranger to the struggle of being body shamed. Which is why we found it so crazy that she thought it was totally cool to say that Ariana Grande looks like a 4’11” pre-teen whom she doesn’t consider a woman. Grande’s music might make our ears bleed a little bit, but she didn’t deserve that one from Williams.

Actor and comedian Jay Mohr took his jokes a little too far when he fat-shamed Alissa Milano in a podcast after she hosted the NASCAR Sprint Cup Series Champion’s Awards in 2013. The funny guy said, “It seems like she had a baby and said, ‘I don’t really give a s**t’ … I read it on her gut… Somebody sat in the director’s chair and was not wearing Spanx and I was like, ‘Jesus Christ.'” He later apologizedand said his comment was all in good fun, you know at the expense of Milano’s feelings.

We can’t forget the little gem Cheryl Fernandez-Versini left us with when she told InStyle (UK) that you should avoid telling overweight people they look great because that sends a bad message. Especially after she proposed a law against body shaming just weeks before. She won’t be invited to any of our bold printed jumpsuit holiday parties anytime soon.

Obviously this list wouldn’t be complete without the king of fashion’s general dislike for any woman who can’t fit into a sample size Chanel frock. The designer said in an episode of Le Grande 8 that “The hole in social security, it’s also [due to] all the diseases caught by people who are too fat” and “nobody wants to see curvy women on the catwalk.” Cool, Karl. Oh, and let’s not forget the time he said Adele was “a little too fat” or “roundish“ if that’s the story you’re buying. Oh, and the time he admitted he thinks  Pippa Middeltonshould walk backwards because he doesn’t like her face. A true charmer, that one.

Trump is famous for a lot of reasons like his real estate empire, his comedic presidential run, his role in the 1994 Little Rascals… OH…and being a major douche. When he’s not making sexist comments about women being on their periods, he’s telling babes like Heidi Klum that they’re no longer a “10” on the Trump scale because obviously he is the authority on what’s hot. Luckily Heidi trumped his comment in the most epic way possible.

The love/hate relationship we have for Scott has been real throughout Keeping Up With The Kardashians’ 8-year run. But we were all hate and absolutely zero love when he  body shamed Kourtney for not losing weight fast enough post- birthing another cute child. In an episode of Kourtney and Kim Take Miami, he told Kourtney, “Last time around you tried to watch what you were eating, after you had Mason… At least you were losing weight. If I would have fell in love with you a couple of pounds overweight, this would be my ideal weight, but I fell in love with you when you were super skinny.” Props to Kourtney for resisting the urge to push him in front of a moving vehicle.

Howard Stern thinks Lena Dunham is “terrific,” which is why he referred to her as a “little fat girl who kinda looks like Jonah Hill”  on his radio show in 2013. In reference to her frequent nudity on Girls, Stern said,”It’s like — I don’t want to see that.” Really feeling the love, Howard. After he made a public apology for his tough love, Lena called in to his radio show to talk things out, and Stern assured her, “You’re not obese or anything.” Thank god he cleared that up.

Actor Tyrese Gibson gave some pretty welcomed advice back in 2013 when he said, “If you are fat and nasty and you don’t like the way you look, do something about it. It’s simple.” He continued, “When you take a shower and you put your fat, nasty body in the shower and by the time you get out, the mirrors are all steamed up so you don’t look at what you did to yourself. That may sound offensive or insensitive but ultimately, you are big as hell because you have earned that s–t. You worked your a– off to eat everything in sight to get big as hell.” You’re right, Tyrese. That really was offensive and insensitive. He later said he wasn’t going to apologize for what he said but rather how he said it so, cheers, big guy.