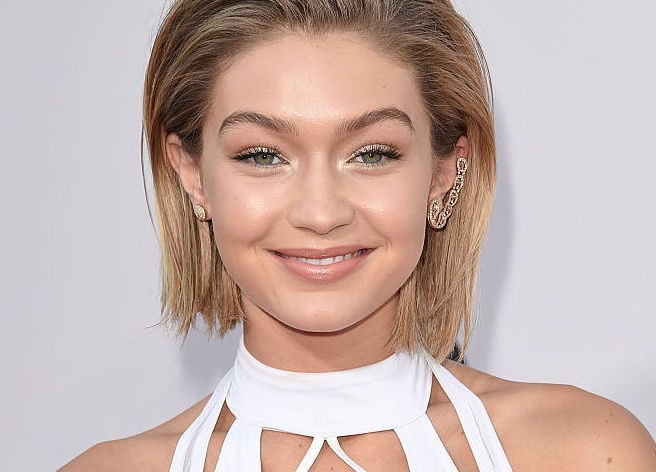 It girl and Victoria’s Secret Angel face Gigi Hadid knows firsthand what it’s like to get shamed by a bunch of trolls who are jealous they weren’t asked to model anything Versace.

The model has made it crystal clear that she’s not here for any of the body shame game the evil gremlins of the Internet are throwing at her. In an interview today for Vogue UK, Gigi opened up about her undeniably hot bod and the fact that she’s not changing for anyone with a Wifi connection (as she’s said, she can still fit into a sample size, after all.) In the interview she throws every body some love. She said, “The Victoria’s Secret Angels aren’t going anywhere; I’m not going anywhere; plus-sized models aren’t going anywhere.” Cool.

We get where Gigi was going with this– people need to accept that women above a size two can also step foot on a runway in lingerie and a feathered headdress and call it fashion. The industry is (slowly) changing to represent different bodies. But there’s one little snag in Gigi’s otherwise hip-hip-hooray line in Vogue… “plus-sized” models could (and should) be Victoria’s Secret Angels, too. There was no need for her to draw a line in the sand between the Angels and the curvier models. Even just saying “straight size models aren’t going anywhere” would have been less of a blow. Her distinction is like solidifying that the Angels are of a different caliber and will always be of a certain sample size, and that’s a mindset that we DO want to push away as hard as Cara Delevingne pushes an annoying paparazzi photographer.

Don’t get us wrong, it’s great that Gigi even acknowledged that curves are here to stay on the runway, but the Victoria’s Secret Angel subject is a sensitive one (just let everyone wear the wings already.) And she missed a prime opportunity to acknowledge that women curvier than herself should also be represented on the Victoria’s Secret stage. So don’t expect us to break out the Sour Patch Kids and champagne for this year’s Angel parade.

Tags: gigi hadid
About the Author