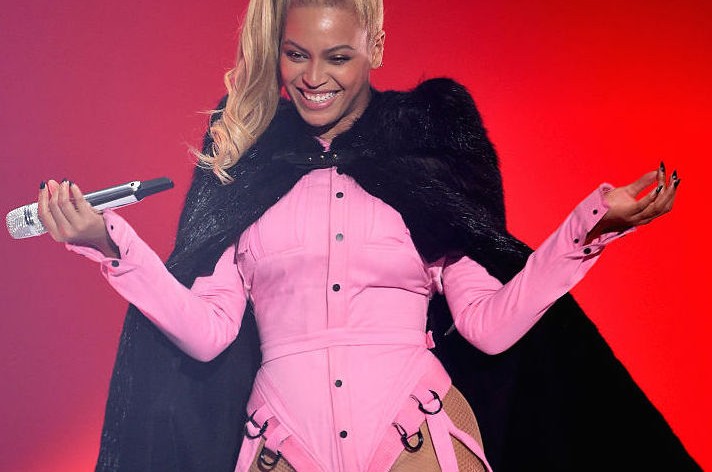 You might’ve gotten wind of a Beyoncé x Topshop activewear collaboration many moons ago and lost your cool when it still wasn’t available for you to twerk in a year later.  Clearly the queen has been busy running the world, y’all. But here’s a holiday treat for you: Beyoncé gym attire will officially grace this unworthy universe in April, Huffington Post UK reports.

Obviously, we’re excited. We eat, sleep, and breathe Beyoncé just as much as the next person with a soul, and the thought of hitting the streets in anything she put her gold and glitter stamp of approval on makes us twitch with excitement. We’re just hoping that the Queen B grants women of all sizes access to her royal threads.

As we saw from the Topshop Kendall and Kylie holiday collab, not everyone was invited to rock the Jenners’ crop. Topshop currently only offers their cool clothes up to a U.S. size 12. But we have faith that if anyone can get the company to throw out yoga pants for all like an episode of Oprah’s favorite things, it’s Bey. After all, she’s one of the few women with curves that even Vogue allows on their cover. So, we’re sure that if she says the word, we’ll all be decked out in Bey-designed athleisure come spring.

Are you there, Beyoncé? It’s me, Eliza, asking you to please use your powers to make this world a better place.