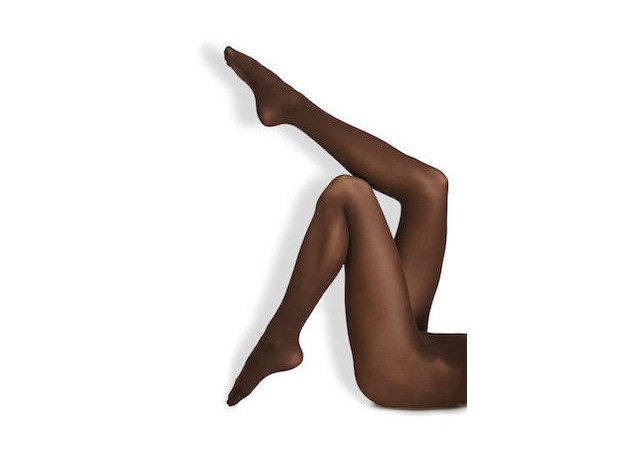 I hate wearing tights. They’re uncomfortable, they’re always ripping or shredding at the tips of my fingers, and they’re a pain to squeeze into when I’m grouchy in the mornings. Peeling off my tights at the end of a long day provides the same level of satisfaction and relief for me as ripping off a pair of jeans after a Thanksgiving meal.

But my main beef with tights has always been the confusion surrounding them- when is the “right” time to break them out in the fall? It’s a question I’ve commonly typed into the Google search bar, and it’s a question I even asked a fashion editor once (Answer: “Ehh, October-ish”). But it’s a question I’m tired of even considering, and here’s why.

Last year on a rainy fall day in October, the temperature was in the mid-50s, and I was wearing a turtleneck dress and opted out of tights because 1. I didn’t currently own a pair without a mile-long rip in them and 2. I didn’t feel like wearing them. I stopped in a small, crowded coffeeshop in SoHo to get a cup of coffee before starting out my glamorous day of being a fashion intern (a.k.a. schlepping bags of clothes around the city.) A hurried man walked into the coffee shop and accidentally brushed my legs with his wet umbrella. He looked down, almost horrified, and said, “Oh, that must have been cold on your BARE legs.” Though unnecessary and not quite the apology I was looking for after involuntarily getting my second shower of the morning, this man’s comment affected me more than I’d like to admit.

The rest of the day, I walked around the city with his mocking words echoing in my head. Bare legs. Bare legs. BARE legs. I felt dirty, like I was wearing a slutty outfit to my grandma’s funeral or something. I became extremely aware of every other woman’s choice to wear tights that day. I had the irrational feeling that people were judging me for failing to recognize that we were at the point in the season–the October-ish time frame–when tights were necessary. And by failing to wear tights, I was in some ways failing to be a proper woman.

But as much as I was embarrassed by umbrella man’s comments, I was also angry. I realized that I don’t wear tights for me, to keep myself warm. Unlike my top half, my legs don’t tend to get very cold during the chillier months (and even if they did, sheer tights really don’t provide that much warmth, let’s be real.) I wear them because I feel like I have to. Because it’s the “right” thing to do, as dictated by fashion editors or men who have never had to face the question of, “Am I supposed to wear tights today?” Because I’ve been told that bare and no longer sun-kissed legs aren’t desirable to the eye, so I’m supposed to cover them up. And I never questioned that until a gross guy commented on the naked existence of my legs.

Women are constantly being told what we can and cannot show and who we can or cannot show it to. We’re given tractor trailer loads of suggestions on how to dress, and we’re constantly getting hit with words such as “appropriate” and “acceptable” in relation to our outfits.  In many ways, tights are just one more tool to cover up women’s bodies. They’re marketed as a cold weather necessity, but they should be a personal choice.

Maybe your legs do get cold and maybe tights do make you feel like you’re wrapped up in an electric blanket, and that’s totally fine.  But I’m tired of feeling like it’s a requirement to shield my legs from the world once October rolls around because it’s the “acceptable” thing to do. I want to wear tights because it’s my choice — because I didn’t have time to shave, because I like the way my legs look with a hue, or because I love that feeling of elastic pushing down on my organs (I don’t.) But if I want to show the world my bare legs on even the coldest day of the year, it should be my choice to free my legs. Because they’re mine to show, and your cold and wet umbrella against them doesn’t affect anyone other than me.

Tags: Fall Fashion
About the Author