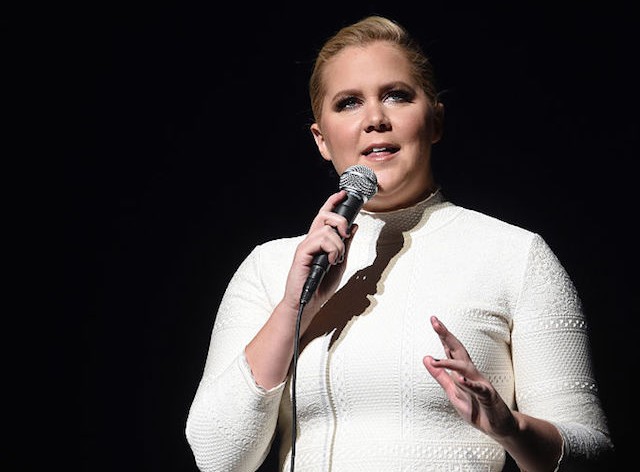 Amy Schumer Apologizes for Wearing a Bright Yellow Hoodie
by Eliza Dillard | November 20, 2015 at 11:28 AM

There’s a lot of madness going on in the world right now. For one, Amy Schumer’s “absurdly bright canary yellow hoodie,”  which Daily Mail  called her out on. We’re guessing this “Central Park Tennis” hoodie isn’t quite the getup the Mail expected of a woman who wrote and starred in her own movie, which is why they thought this look was actually headline-worthy.

So Schumer made a public apology dripping with snark on Twitter for any eyes she might have offended with the shade of her athleisure.

I deeply apologize to all the people I hurt by wearing this sweatshirt https://t.co/taxNQbrlqK

We don’t have issues with this hoodie though. We actually love that her maybe engagement to Bradley Cooper hasn’t changed our Amy. Also, props to her for making the bold move for highlighter yellow in a city where the unspoken dress code is to dress like Wednesday Addams.