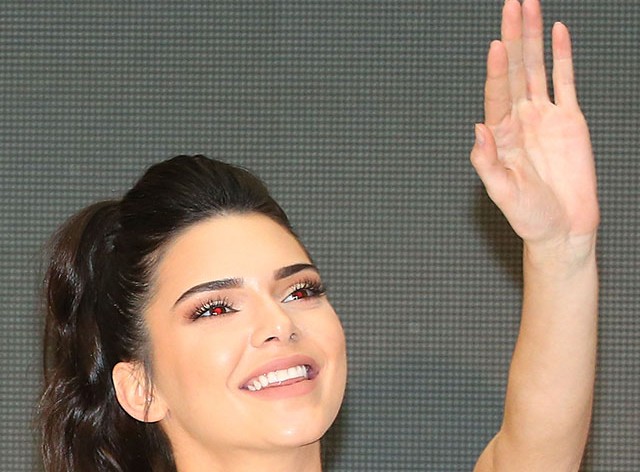 Helpful Kendall Jenner Made a Body Shamed Man Feel Better About His Chest
by Ashley Hoffman | November 18, 2015 at 10:22 AM

Comedy duo Hamish & Andy interviewed relevant sisters Kendall Jenner and Kylie Jenner about Hamish’s chest because people were saying a picture of him in a chest-baring leather jacket made it look like he had boobage.

They’ve been calling the fiasco #boobgate because the idea that a male might have breasteses is, of course, a matter of international concern. Hamish and Andy punked the Jenner unit and said that the picture was actually of a woman. Kendall remarked that she was proud of this mystery woman’s choice to wear the “editorial” look, but Kylie feared the possibility of a nip slip. Once it was revealed that it was actually Hamish, and not a woman, Kendall and Kylie confirmed that his pecs were actually hard. So all is right with the world now. Carry on. Watch below.