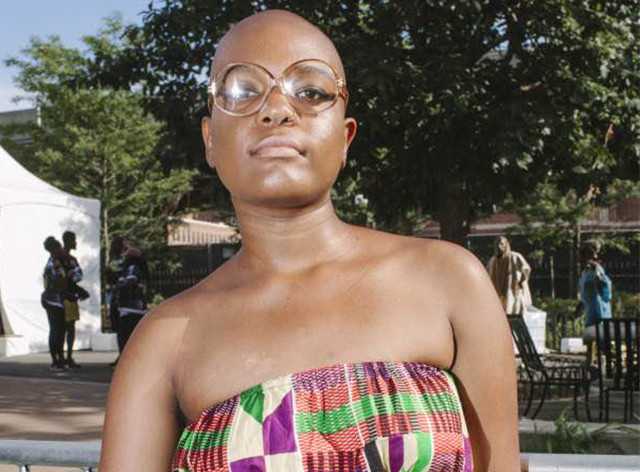 A Young Photographer Who Wants Fashion to Give Black Women Their Bodies Back
by Ashley Hoffman | October 10, 2015 at 10:15 AM

The fashion-y and incredibly stunning pictures that 21-year-old photographer Shydeia Caldwell takes convey the idea that a woman can be blissed out and totally in love with her body without a razor for her pits.

They’re the kind of photos people need to see because our discussion that characterizes empowering women of color often still centers around bodies. Women of color make up a reasonable chunk of the American population — they shouldn’t still have to be such a revolutionary class for every reason we already know. So here comes Caldwell, a young woman who wants the fashion industry to notice women of color and women of all kinds of sizes — the women it fails to represent.

“I’m a big advocate of a self-acceptance for women of color in an American media society that does not honor the diversity in all races. I chose to reclaim my body through art form in order to reach my peers in the art world and reach where most of my peers search social media.”

It’s scarcely the only statement of intent of its kind, but you’ll find that Caldwell tolerates no stereotypical images of youth. Instead tries to capture her friends: young women in their natural element. Musing on her style with subjects, she says, “I tell them to ‘show me you and be,’ which may sound hard to do, but when capturing artistic people who are able to express themselves there is no challenge.”

Her work arrives at a time when fashion’s still depending totally on the popular view that things still should look almost entirely black woman free. Find more of her work here at Black Girl Magik.