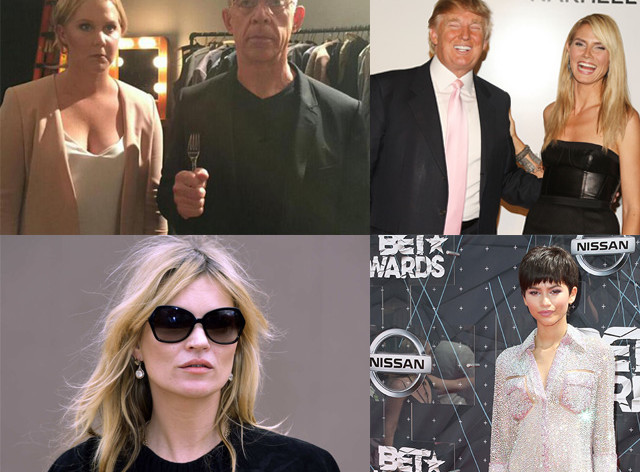 The Taxonomy of the Perfect Response to Internet Hate
by Ashley Hoffman | August 25, 2015 at 4:47 PM

The internet is a great place to take your willingness to live out for a spin if you lead a public life. Haters lurk at every corner seeking to knock you down a peg because of the way you look. But it’s also recently proven to serve as a joyful, light environment where you can strap on your armor and shrug off anyone who tries to cyberbully you for not being a woman correctly.

Recently famous women have been faced with some good old unsolicited critiques about their bodies, hair, faces, or otherwise unladylike behavior. But instead focusing on all the positive people who they’re truly blessed to have in their inner circle, celebrities have responded swiftly, and well. The best kind of role models are not the ones who ignore haters and just hang with their coterie of admirers. They’re the ones who have learned not to take internet commenters and people who think you need their approval seriously.

Recently, Amy Schumer, Heidi Klum, Zendaya, and Kate Moss have addressed their haters by laughing for our enjoyment. To inspire you to convulse with laughter the next time someone tells you that you shouldn’t wear something, here we present the four different ways to respond to internet hate.

When they compare you to a masterpiece of a resting bitch face. BECOME THAT WOMAN.

When people are angry that you tried to provide yourself with in-flight entertainment. Do a leg dance.

When people hate on you for ingeniously applying anything fake to your face or head. Say, so?