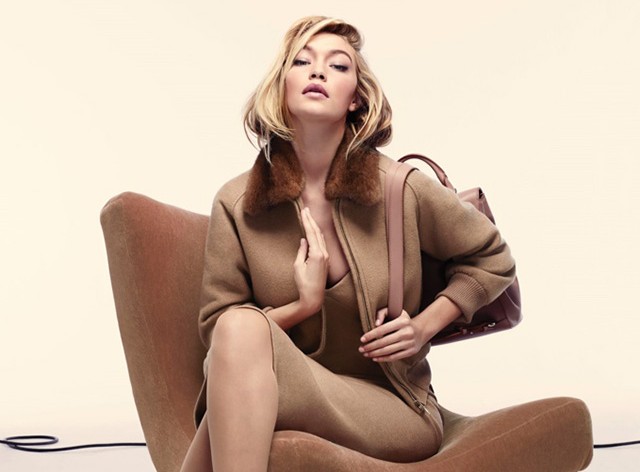 Jean Kilbourne talks about the dehumanizing image of women in advertising in her documentary series Killing Us Softly. When she started her work forty years ago, she had to convince feminists this was an issue to care about. She tells me, “In the ’60s, they said, ‘we have important things to deal with,’ and I said yes, and the image contributes to that.” Kilboune became obsessed with images of women in ads, cutting them out, putting them on slides, and talking about how undermining they were with a wry smile. In 1968, when Virginia Slims told women, “you’ve come along way baby,” women had, but now in 2015, the ads have never been worse, according to Kilbourne. Today, people view sexist ads from the weird old days as cheap nostalgia. Yet while women may have progressed, the ads haven’t caught up. Advertisers still decide sexed-up frail specimens through the eyes of men is the way to go. Even worse, it’s still working for them.

Here, Jean Kilbourne talks about how men are never objectified the same way, how diversity in ads would change everything, and why there needs to be more outrage about the image of women.

So I still have to hit you up about undermining images of women in ads, because we’re still surrounded by them. You started studying this forty years ago, and you’ve said the ads have actually gotten worse. How?

The tyranny of the ideal image of beauty is worse than ever before because now they make the models totally transform and look inhumanly perfect. Our obsession with thinness is worse because the models have gotten subtly thinner because Photoshop can whittle away a body, and the sexualization of children, particularly little girls, has certainly gotten much worse. Technology is making it worse. If we had a wide range of body types, that would change everything, but if this would happen, it would be because it was profitable. They’re not going to do it for the good of society. They could care less. There is one way that it’s gotten better, which is that I’m not alone now.

But if there are more people demanding better representation, and the ads still seem so out of touch, how do you explain the lag?

There aren’t enough people demanding better representation. It’s going to have to be a critical mass of people. Certainly there needs to be way more awareness. We’re still not at the point where we are putting pressure on the advertisers, so obviously they’re doing what is still working for them. As soon as it doesn’t, as soon as it’s not profitable, then they’d stop. 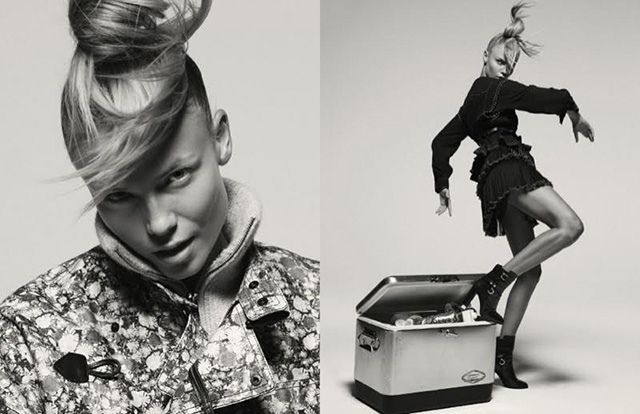 Jean Kilbourne on this Isabel Marant ad: “This is so typical of fashion ads that show you women posed in silly ways. You almost never see men posed like this or trivialized like this.”

Some people want fashion ads to put a Photoshop label on them. But what you’ve pointed out is that the images seep into the subconscious whether you buy into them or more not. Do you think a label would be effective?

Well in a couple of the studies, it’s shown that this can backfire and that a Photoshop label makes people more susceptible. How that can be valid, I’m not sure, but I think it’s a good idea. The more information we have, the better. An awful lot of people still don’t realize these images are completely constructed. On some level, the fact models don’t really look like that to the extent that they’re artificial is still not recognized, particularly among young people.

Now you’re someone who has the advertising industry’s number about misrepresenting women. This is your bread and butter, but I wonder, do you think they still have an effect on you?

Oh absolutely. Oh yes. It’s impossible to not be influenced. We’re so surrounded by these images. They’re everywhere we look. They’re in films and video games and pornography, and there’s never been pressure than ever before to somehow look like this ideal. Our values have always been way too dependent on how we look, but that’s never been more true now. No one escapes. I did some modeling when I was younger because it was one of the few ways a woman could make some money, but it was very alienating to me. It was seductive and lucrative, and I got attention, but I always knew there was going to be a flip side to this because I wasn’t always going to be a beautiful young woman. Someday soon, I’d be bankrupt. It does enormous psychic damage, that we get the message we’re valued less as we grow older. 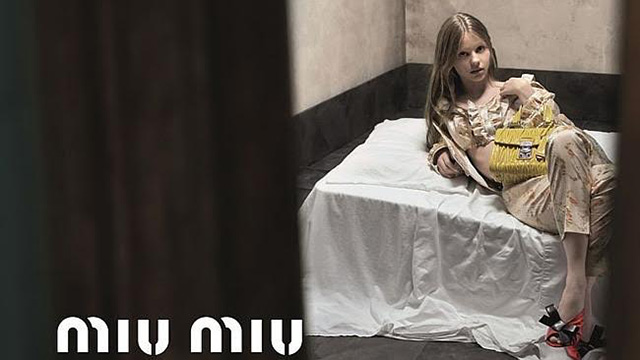 You also talk about how women are portrayed as sexualized young girls. Where do you think that comes from, this infantilizing of women?

That was actually a response to second wave of feminism. In the early ‘70s, women were given more opportunities. They could go to law school and business school and work outside of the home. It’s as if the culture responded. Not in a conscious way. I’m talking about the deep subconscious. Men said, you can be more powerful, but you can’t look too big or too powerful. Two things happened at the same time. You saw the increase in thinness of the models and the increasing sexualization of little girls. As women become more adult, the feminine ideal stays passive. So if adult women say, “no thanks,” what’s left is children. There’s a worldwide terror about women becoming too big or too powerful, and women have this terror too.

So it’s about defanging them. Apart from the model having her head attached and not being made to look like she’s 12, describe a good ad.

There are plenty ways to sell things without exploiting and objectifying women. The obvious way is to use a diverse range of models: age, body type, ethnicity, and race. All of that would could really change everything. Imagine how the world would change if older women were shown in the ads. The only older women who are shown in ads are ones who look very young. We do see a wide range of men with lines on their faces who look distinguished, but they only show women when they look twenty or thirty years younger. 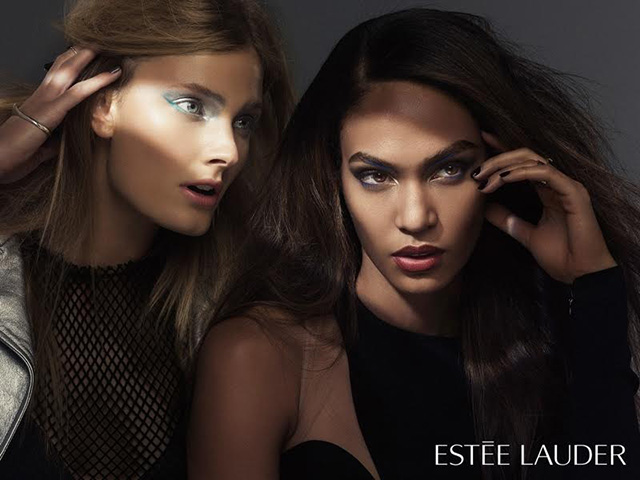 Jean Kilbourne on this Estee Lauder ad: “Joan Smalls is Puerto Rican and she has fairly Caucasian features, but she’s made to look somewhat more Caucasian.”

What have you noticed about the way women of color appear in fashion ads?

I noticed, with a couple of exceptions, that the women of color still have very considered Caucasian-looking features. They basically have straight hair and light skin. It’s unusual that the ideal image isn’t impossible for all women, but it’s really impossible for women of color. The other thing is that they’re often in a jungle or dressed in leopard skins. They’re seen as savage or not fully human.

There are so many. They are much more bigger, powerful, stronger, whereas women are thinner frailer and less powerful. More importantly, there aren’t really consequences as a result of the objectification. There could be for boys who see images of men bulked up with six-packs, I’m sure, and that can cause trouble. But men don’t live in a world where they’re likely to be raped, harassed, and beaten, or at least white men don’t. It isn’t defined by the threat of violence the way it is for women and girls. Women are aware that they can be victims of violence whereas men are not going through the world thinking about it, and the objectification of women in ads has something to do with that. 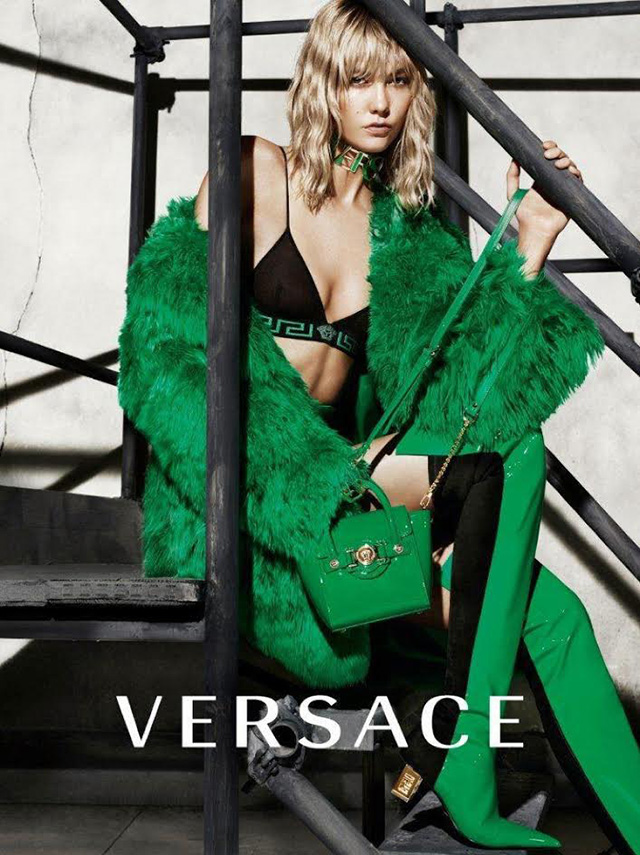 Jean Kilbourne on this Versace ad: “With the cage and the choker, these are all allusions to violence that are very under the surface, but they’re there if you pay attention to them.”

How much responsibility should women accept for this? How do you tell advertisers, “look, I want to see someone with pores or I want actual diversity?”

There are lot of organizations to support like About-Face and the National Eating Disorder Association, so that’s one way, or another is to put actual pressure on advertisers and individually send e-mails and protest. The advertisers presume that for every complaint, there are thousands of others who don’t bother to do anything about it. The best bet is to put your money where your values are, and if you don’t support Calvin Klein, tell them you can’t stand the way they advertise.

Now that there are a modest number of women in positions of power creating ads, at least more than before, why isn’t there less objectification?

As women, often we can be our own worst enemies, but the power of advertising was still very much in the hands of men up until recently. That doesn’t mean men don’t sometimes do very good things, but there needs to be a critical mass of women. I went to a conference for 3% creative directors, because three percent of the creative directors are women, and many of them want to bring about change. But it’s complicated because women were brought up to feel that the most important thing is how she looks. It’s something that every women carries within herself, this idea of a man looking at her. She learns to look at herself the way men see her, and think that she’s supposed to be attracting them. That’s why you see nude women in fashion magazines. We’re meant to look at that and think that’s how I want to look to a man. I’ve certainly met women in the field who want to bring about change, but some women are afraid of not being one of the boys. They don’t want to rock a boat too much if there’s only a few of them.

What do you think about the current push for measurement requirements. Should things like that also be applied to ads?

I’m not in favor of laws, just because they can be so misused and misguided. There are certain things advertisers wouldn’t do. It’s not acceptable to use ethnic slurs, or show women beaten up or to sell something with a black man being hanged. There’s no law that says you can’t, but they don’t [do these things] because they know there would be an outrage. There needs to be a similar kind of outrage about this.