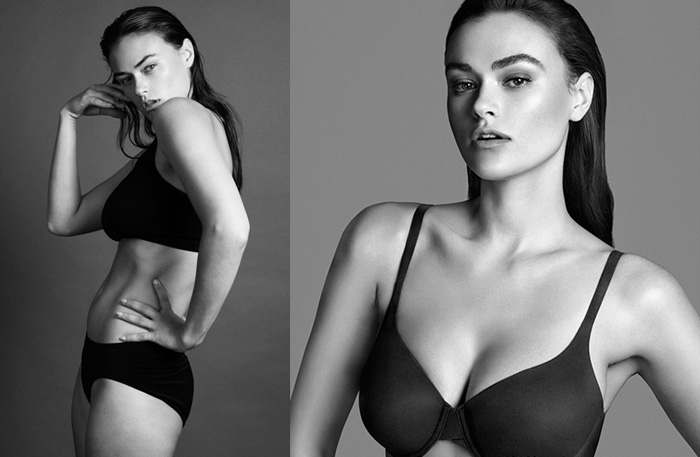 It’s only April, and we’re already calling 2015 as the year of modeling diversity. Or, at least, it’s the year people started talking about modeling diversity. We’re more willing than ever to tweet our outrage over an overly photoshopped ad campaign, or even one that isn’t photoshopped at all. We put designers on blast for failing to cast women of color, as we should be doing, and praise those like Olivier Rousteing and Zac Posen for not limiting their non-white catwalkers to token castings. Just this month, model Stefania Ferrario’s call for modeling to #droptheplus was given the tick of approval from Europe’s largest modeling agency.

But obviously we still have a long way to go. It was, after all, only this year that Jourdan Dunn broke Vogue UK’s 12-year streak of featuring no single black model on its cover. Victoria’s Secret is just one brand who still has a crippling plus size problem. But what can we do other than tweet rage at them?

In a column for Elle magazine, model Myla Dalbesio has proposed one solution when it comes to the size thing at least: follow more hot babes on Instagram. Dalbesio is the Wisconsin babe you might remember from the social media shitstorm surrounding her Calvin Klein campaign at the end of the last year. As a model who, at size 6, fits into neither the straight nor plus-size category, she found herself at the center of all the internet’s feelings in November. Some people were praising Dalbesio for refusing to conform to industry standards. Others were furious that people were using the word “plus size” in association with a woman slimmer than the national average.

In her new column, Dalbesio claims that today’s social media-obsessed modeling climate is the perfect environment for us to enact change. It’s true that we’ve seen a shift in power in the modeling industry from the larger-than-life supers of the late ’80s and ’90s, to the waifs and alien dolls of the ’90s and noughties, to, now, what Vogue recently dubbed the age of the “Insta-Girls.” For better or for worse, the number of Instagram and Twitter followers a model has is crucial when it comes to castings.

Out of a series of meetings and interviews I did last week, every single person I spoke with (photographers, casting directors, modeling agents, and clients) said the number one thing clients are asking about when casting a model these days is her social media numbers. They are listed in production notes, in casting packages, and even on call sheets. When you sign into castings these days (there are usually numbered sign-in sheets at large castings, so they can call girls in the order they came in), next to the columns for NAME and AGENCY, there is another column. INSTAGRAM/TWITTER. And it makes sense, clients want to work with people who have a built-in audience.

This puts consumers in an interesting position. Consumers are the people that comprise that audience, that make up those hundreds of thousands of followers, and for the first time, they are able to vote with more that just their wallet. Now, you can vote with your phone. A modeling agent spoke to me frankly, putting concrete numbers into place. “10 thousand [followers] is a drop in the bucket,” he said. “At 100 thousand you become a contender. 500 thousand means you’re really in the game. At one million, that’s when people will really start to take you seriously.” This also means that outside of supporting traditionally beautiful models like Gigi Hadid and Kendall Jenner (arguably the most famous products of the social media machine), the social media community can make stars out of a more diverse cast of beauties. Take Tess Holliday as an example. A 5’5″ tall, size 22 fashion blogger and body activist, she started the wildly popular #effyourbodystandards hashtag, and parlayed her 600k+ followers into a contract with Milk Model Management, becoming the first woman of her size to sign to a major agency.

But is the solution really that simple? It’s going to take a lot more than a few likes for an upcoming model to compete with the likes of Kendall Jenner. Even social media superstar Coco Rocha hasn’t yet clocked one million followers on Instagram, yet her weeks-old baby has more followers than anyone I actually know IRL. Instagram, like life, is rarely fair. Then there’s the issue of stunt casting — should we be celebrating the instances in which designers send a larger girl down the runway for the sole purpose of maximizing love hearts and regrams? Is any visibility good visibility? And what about the race issue? Is a magazine which actively markets itself to thin white ladies going to pander to an Insta-famous model’s internet followers rather than its own readers? Maybe. But again, should they be given a clap on the back for doing so?

Two things are certain — we are definitely living in the age of the Insta-girl, and we can think of far worse things than having a potpourri of model babes show up in our social feeds. Just don’t forget that we also still have the power to call out fashion when it refuses to move along fast enough.