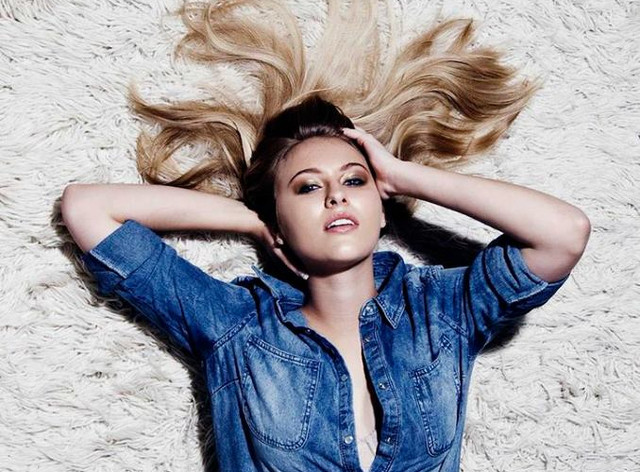 The term “plus-size” has been both abundant and controversial in recent months. The plus-size retail sector is outstripping its straight-size counterparts, and lines like Robyn Lawley’s swimwear for all prove the size tag is no barrier to looking good. Next year Candice Huffine will officially become a Pirelli calendar girl alongside Joan Smalls and Gigi Hadid, and plus models joining sample size ones is an increasingly more common practice — even on the runways of New York Fashion Week. At the same time we still frequently get it wrong.

One of the areas plus fashion has been facing a particularly uphill battle is in the world of magazines. It’s not a breeze in the current climate for any print publication, but plus size magazines face obstacles that have nothing to do with the internet. Editors’ reluctance to use straight-size bodies limits their access to runway shots, and as a consequence, trend reports. It’s also more difficult to get advertisers on board. Then there’s all the time that has to be spent counteracting the ignorance of the straight size magazine audience.

Today UK-based plus magazine Slink launches worldwide. The magazine launched online by then 26-year-old editor Rivkie Baum two years ago, and since then has quietly amassed a dedicated circle of grateful readers. Today Slink got a write-up in The Independent. “UK’s First Plus-Size Fashion Magazine Hits Shelves Worldwide,” it says, “But Is it Healthy?” Um, what? Baum then has to explain why her magazine isn’t secretly trying to spawn a nation of scale-tippers. “We are extremely conscious of our responsibility to promote a healthy body image both physically and mentally,” she says. “While many magazines promote crash diets, which are extremely unhealthy, we believe that empowering women to feel confident and good about themselves at whatever size they are can have knock on effects on their overall health and lifestyle choices.”

It’s not the first time editors have had to field such questions. Evolve magazine, another UK-based publication, states on its website, “We do not believe in advocating women to be large and unhealthy but we do advocate full figured women to: Be Proud… Be You!” And let’s not forget when Curvy Girl Lingerie was accused of “promoting obesity” after launching a size-inclusive Facebook campaign.

Editors shouldn’t have to waste time on precautionary statements like this. Women aren’t going to read Slink or Evolve, see a larger body and automatically be subconsciously “inspired” to reach for a 12-box of donuts. They’re probably not even going to buy the magazine. And neither are larger women viewing these models as voluminous excuses not to hit the gym that day. It’s more likely the opposite thing will happen, since body confidence is inextricably connected with maintaining a healthy weight.

Plus size magazines seem to serve a very simple purpose, really. They reflects the lives and bodies of women formerly excluded from the conversation. Props to Slink for fighting the good fight.