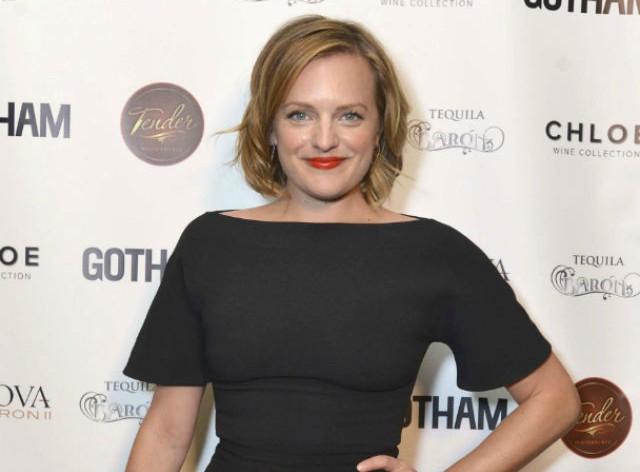 How will Mad Men end? Elisabeth Moss knows. But forget conspiracy theories about the color of Roger Sterling’s tiebar for a second, and let’s remember how our love affair with this intriguing series began with Elisabeth Moss.

In the show’s first episode, Joan escorts a naïve Peggy through the bull pen where she would eventually hitch her wagon to that tall glass of whiskey known as Don Draper as his quietly determined idea factory. Since then, fans have engaged fully with Peggy Olson, a skilled architect of her own ascent without her kid who happened, but shockingly, never happened. Last time we checked, Peggy owns her own damn apartment, she’s a leader of men, and she kind of got to boss Don around. At 30, Peggy still has to suffer through some pigheaded mansplaining on the show, but now she’s capable of sparring with the man himself, who always knew she had the goods.

Her well-acted Burger Chef pitch was the most epic meat patty salesmanship in television history. You may recall that Peggy was freaking the hell out about her performance. Turns out, so was Moss. We caught up with the 5′ 3″ actress last night at the party for her GOTHAM magazine where she was giggly, self-effacing, and believably honored to have starred in Mad Men. The show recently wrapped. “It was a lot of tears,” she said. That means you’ll be losing your social life with a bunch of glamorous depressed people, which is depressing. Luckily, you won’t lose Moss. She confirmed that the rumors that she’ll be in True Detective are just rumors, but she was the lead on the Top of the Lake, and the lead in the romantic almost-mystery movie, The One I Love. We talked to her about the story behind the Burger Chef pitch, Peggy’s relationship with Don, and how her fellow cast members are like family.

So that was some Burger Chef pitch, how did you prepare for that?
Awww, thanks for asking about it. That was really cool. I’m not a very…I tend to memorize lines pretty last-minute. That was one of the rare occasions on the show that I started to memorize it like a couple of days before the show because it was so long. It was like two pages, the Burger Chef pitch, and I knew I was going to have to do it in a room full of people and that was going to make me nervous. So I memorized that in advance, which is pretty rare, and it was scary! I was really nervous at first, and then you know, I don’t know if I ever really became…it’s just a beautiful speech, and I just wanted to do it justice, you know. I really enjoyed it. It’s one of those moments as an actor when you’re like ugh, thank you. To get one of those, it was so great.

So you were feeling the Peggy pressure.
Yeah! Totally! She was probably nervous too so it didn’t really matter if I was nervous, but I had so much fun with it. I felt really like…well I thanked all of the actors afterward because they had to listen to that thing over, over, and over again. It was two pages long. I mean, I’m sorry. I don’t care how good you are. It gets boring. So I literally thanked everyone. I was like, ‘thank you so much for listening to that over and over again.’

In the speech, you talk about the moon. It’s interesting to see the characters gather around to watch that together in the family they create, the way they had dinner at Burger Chef. What’s the family dynamic with the other actors like?
I mean they’re all my brothers and sisters. It’s a definite brother and sister relationship. They’re people that you know really well. People that you love, you know, that you know each other’s faults. You’ve been around a while, so you’ve seen people go through stuff. It’s family. So they definitely, I mean, those girls feels like my sisters, and those boys are definitely my brothers.

For a little while, your character was bossing around her former mentor who had a really profound purchase on her mind. But then you kind of became a team, how did you approach balancing the desire to get ahead to feeling like you needed him?
I mean I think that’s the nature of their relationship. It’s not really master – protégé, they’re equals, and in that relationship in the equality, they go back and forth between who is in charge, you know and who knows best. They’re no longer…they’re equals.

Peggy’s the most relatable.
Thank you! Yay!

I can’t help thinking where’s that slick lesbian from LIFE magazine, because Peggy’s life would be so much better.
Oh! (Laughs.) Yeah! She went and found another show, that one.

Her best friend is a kid who is only around because she has a T.V. now. Not fair.
I know!

Do you miss her?
She was awesome on the show, but obviously she’s found her own thing, which is super cool.