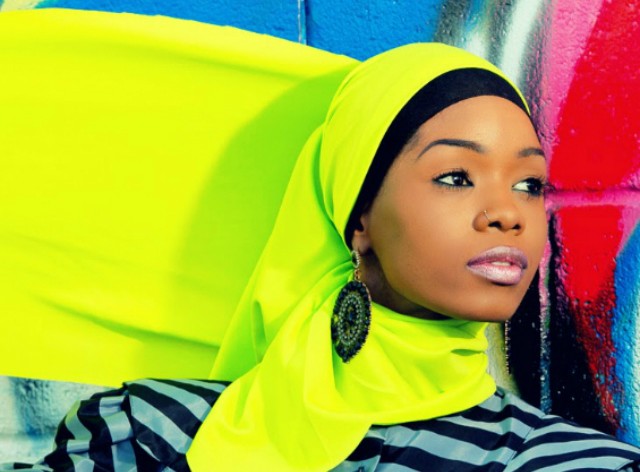 Fashion Blogger Naballah Chi on Taking Off Her Hijab and Why She Put It Back On (It’s Not Because She’s Brainwashed)
by Ashley Hoffman | August 11, 2014 at 10:50 AM

As an Islam-born communications major, Naballah Chi took off her hijab for the first time so she could compete in a beauty pageant. She wanted to know what she could do without it. When friends in her religious community posted pictures of her in a revealing white shirt on Facebook, they called her ugly. “They said a lot of hurtful stuff,” she tells me over the phone from Trinidad. She didn’t feel like herself, so she quit, and put it back on. It was a revelatory experience, and the lasting gift of her anti-modesty experiment was her memory of being judged for her body. “Everything was sex,” she explained. She’d rather be judged for more important things: her skills.

Now on her vibrant fashion blog, Chi puts brightly colorful hijab center stage in bubblegum pink and electric blue. She spins religious garb into something that’s steeped in the fearless self-expression of the newly visible Muslim woman with personal style. Richly colorful and full of warmth, the success story of an empowered woman who covers her hair is at odds with horrifying stories we read online of abuse victims who swear off the hijab and their religion. Her message — that hijab wearers aren’t all brainwashed — is hardly new, but it is often lost on a lot of people.

Tell me about your religious background. What do you believe?
Well I’m a Muslim. I was born into Islam. My parents weren’t Muslim so they converted. I believe in God, I believe in his books and his angels, and the prophets that he has sent over time to humankind to guide them. That’s my basic belief.

I’m going to read a quote from the Qur’an. Tell me if this applies to you: “Say to the believing women that: they should cast down their glances and guard their private parts (by being chaste)…”
Yes it does.

Is that interpreted differently depending on the religious sect?
Yes, actually. That’s one of the things that makes communities different, how they interpret it. Some might take it more seriously than others. We all understand things differently. I think where we live and our experiences help shape our perspectives. Even if we are all Muslims, we have different experiences.

There are people who feel very strongly that Muslim women are brainwashed into dressing this way. What are the misconceptions?
Well first of all, the general consensus is that we are forced into doing the things that we do, and we have to do them, like we don’t have a choice. I know there are people who are more educated than that, but that’s the general consensus. People usually think it’s someone’s father or husband telling us how to dress. People think Muslim women are boring. It’s not really like that. It makes me shake my head, it’s not really the whole truth. I wish people could be more educated. It does come across as offensive. We have privileges and choices within the confines of our religion as women.

The breakthrough of freeing yourself from the hijab after a woman has endured abuse or mistreatment in her particular community is a popular storyline. Some of them are abuse victims or perhaps aspiring writers. What do you think about those experiences?
I respect that they can be honest with themselves. If you believe it’s not right for you, I respect that. If you believe it is, I respect that as well. I have Muslim friends who were brought up in the Islamic community, and they remove it. I don’t think it’s a bad thing, it’s absolutely no problem, but you have to know who you are at the end of the day and be accountable for your decisions, good or bad. If it works for you, then that’s fine, if that makes you happy.

Let’s talk about the pageant, when you removed your hijab.
I was attending University in the West Indies and I saw an advertisement for a beauty pageant. I decided to try it out. I thought about the consequences, but at the same time, I didn’t really care. I wanted to do something I never did before. I tried out with my hijab, fully covered. The judges asked me if I would be willing to remove my hijab because you have segments such as the eveningwear, and the bikini contest. I couldn’t really go on with my hijab. I wanted to get accepted, so I said, “yeah, I’m cool with it.” I removed my hijab to fit in with the other girls. 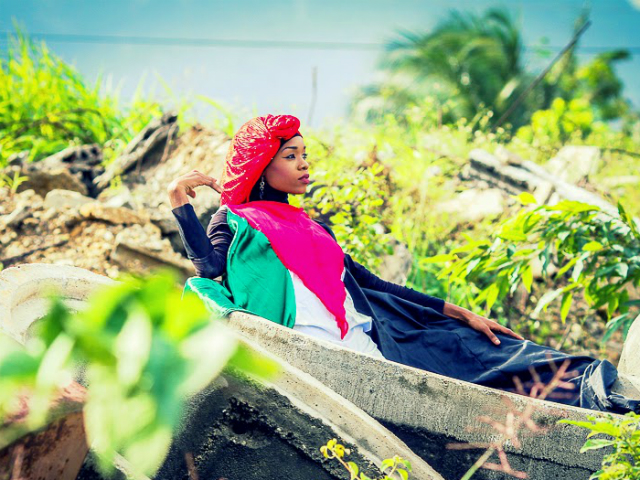 How did that affect you emotionally?
All my life I’d been in my hijab, and then somebody acknowledged I was pretty. I did feel sort of like a hypocrite, like I betrayed myself and my family upbringing. I think eventually it got to me. I spoke to the girl who was in charge of the pageant. I said, “I don’t think I can do this anymore because I feel guilty, and I want to be happy.”

How did your Muslim friends react?
I realized one of my friends did have some animosity, and I felt he knew about the competition. He felt like I was a strong Muslim woman in terms of individuality and how I express myself. Other Muslim girls began drawing pictures of me. We did a white shirt and a jean photo shoot, with one button done in the middle of the shirt. The shirt was pulled back. People started sharing the photo and the girls made fun of me for what I did. My friends said I didn’t look good because I wasn’t dressed as I was supposed to dress. They said a lot of hurtful stuff. The only person who was supporting me at that time was my boyfriend. At the same time, he felt like it wasn’t me. I reflected on my religious values and morals, and eventually I spoke to the girl [in charge of the pageant]. We had a really long chat, and she told me that she grew up in a Muslim home, but she did things that made her happy and she wouldn’t let anybody dictate what she wants to do. Even if I did go through with the pageant, it would just be really bad between me and a lot of people. I dropped out. That was the end of it. 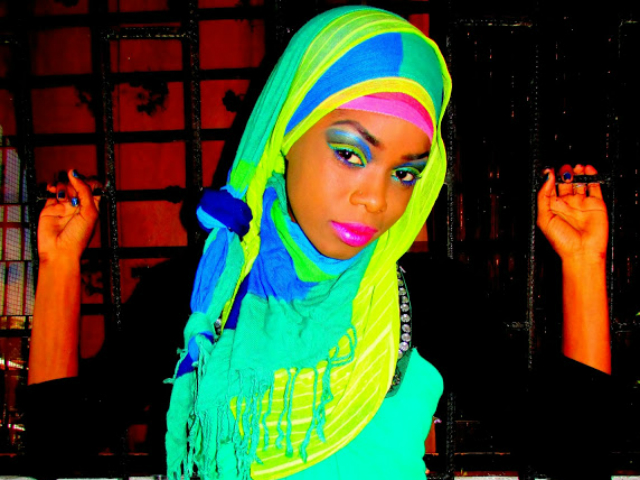 What do you remember about how you thought you looked without it?
I felt like I looked pretty. I mean, I am pretty and beautiful without my hijab as well as with my hijab. I think people would not see it as beautiful in a way because they felt it was something wrong and transgressive. In that way, they see it as an ugly act. They didn’t want to encourage me.

But did you feel you could be faithful without it?
I actually did. I feel like I was faithful, but then my hijab was such a big part of my modesty in a sense. Something as simple as doing my prayers, I have to be covered. So I had to put it on just for that, and I felt, “ok so why did I take it off in the first place?”

People say it makes you less free, but you said you feel more liberated and respected. How do you think you are viewed differently?
Well one of the things I realized with my hijab is that it felt like people respected me, and saw me for who I am rather than how I look, my looks, and my body parts. I felt like once I removed my hijab, it was sort of expected that I was going to to be sexual. Modeling, especially, made it all about sex. When I put it back on, I felt protected. When I have my hijab, I am guarded. People could never come to me. When I wear my hijab, people will talk about good things like obedience and respect. But I felt like I didn’t have those conversations without it, things would be based on my looks and my body and looking good, material stuff.

Did you feel like it inhibited you before you chose to take it off?
Yeah, initially I felt like that. I wanted to see what I could really accomplish. I used to feel, “oh, I can’t do this, or I can’t do that.” I just had to be a Muslim girl and do normal things like be a teacher or do chemistry, and not really aspire to be in fashion. But that transition of putting it on again kind of opened up new opportunities. At first, I couldn’t be a model with my hijab on, but then I found new companies that hire hijab women to model fashionable and stylish things while still wearing their hijab. So it just felt so comforting to see people like me being able to wear the hijab and still accomplish these things. I feel like I can go anywhere or do anything and people not only see it as a religious symbol but also as fashionable, and that’s what makes them so attracted to it — instead of it looking so dowdy and boring.

Tags: Diversity, Fashion
About the Author

lulu dk
Love Code Charm Necklace
Buy Me + Wishlist
$68.00
Fashion Blogger Naballah Chi on Taking Off Her Hijab and Why She Put It Back On (It’s Not Because She’s Brainwashed)
Shop now + Wishlist
$0.00