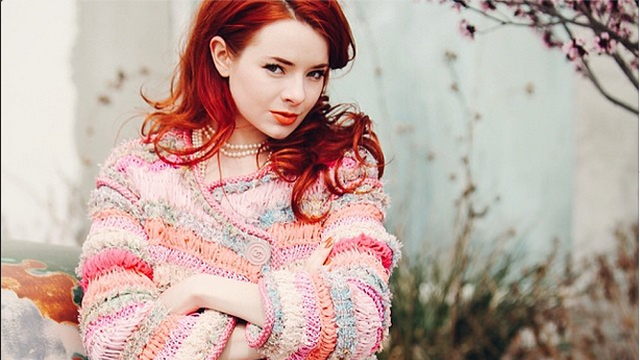 I love the internet, but my relationship with it has been one fueled with hate.

Around the same time as I got my first MSN messenger account at the tender age of whenever the first Lord of the Rings movie, I used online forums to voice my blind rage at the fact that Arwen was given a speaking role while Tom Bombadil was cut from the script, blind as I myself was to the lack of female representation in the book. When Avril Lavigne happened I dedicated hours to trolling entire forums dedicated to exposing the fact that she can’t even play guitar.

I am no longer an angry teenager and definitely can’t remember any of my self-taught Elvish (I swear.) But I am a very active hate-reader. If Miranda Kerr does an interview I will read it solely to sneer at her comments about jumping for joy. I get a bigger thrill out of reading negative restaurant reviews than I do by actually eating at good restaurants. And while I don’t make an active attempt to visit the actual websites of fashion’s more insufferable style bloggers, sometimes what seems like such unadulterated praise of their lifestyles is thrown in my face, and I will hate it.

I’m not alone. Fashion bloggers in particular are only too easy a target with their #OOTDs, juice fast progress updates, and complaints about being sewww busyyyyy while being flown around the world to sit front row at fashion month. And for those annoyed about it, there are websites for that. If you haven’t contributed to Get Off My Internets you’ll at least have heard about the preeminent destination of blogger haters and it’s abhorred founder Alice Wright. Wright founded GOMI five years ago so she could “shit-talk new media and internet personalities because it all seemed so ridiculous that these people are considered celebrities in their own way,” she told Racked last week.

GOMI might be the HBIC of the hate-reading clique. But there are plenty of others implicated in the circle of hate, or at least of lighthearted mockery. The You Did Not Eat That Instagram was lauded for its humorously bitchy approach to the fashion blogger trend of posing with calorie-laden foods. Cooking for Bae and Cook Suck are tirelessly dedicated to taking down the cooking attempts of (granted, faceless) everyday people who dare to put things on the internet. You might take issue with an entire website dedicated to loathing people, but don’t say you don’t find it fucking hilarious that Sarah Stage PHOTOSHOPPED PIZZA into an Instagram photo.

I think it’s considerably more egotistical to assume you’re above snarking at people who put themselves in the public eye. Reality television thrives off our innate need to laugh at the fake-shiny lives of people who we consider ourselves to be morally or intellectually above. Real Housewives, anyone? Hate-reading and hate-commenting are intrinsically self-serving. You feel smarter, better, more “authentic” when ripping apart those who seem to photoshop their selfies. Does it actually make you smarter or better? Of course not. Probably the opposite is true. Wright seems to agree. “Nobody’s watching Real Housewives and thinking, ‘What lovely people—gee, I wish them all the blessings in the world,'” she tells Racked. “To pretend you’re above snarking is the most hypocritical thing you can do. Maybe you aren’t snarking about blogs, but everyone shit-talks something or someone, somewhere, at some point.”

But there are other justifications for hate-reading websites, blogs, Instagram accounts. Almost It’s also sometimes important to call things out. One thing Wright hates even more than the #OOTD hashtag is mommy bloggers who put their kids all over the internet.

“I really don’t like the people who smear their children all over the internet. You can argue all day about how it’s no different than child performers, but child performers get paid, and there are laws in place to protect them and the money earned by the use of their face or talent. There are no such protections for children who are put on the internet by their parents. What about their right to decide their own internet presence and personal exposure? It just seems wrong to me.”

Fair call. An issue more closely tied to fashion blogging in particular is the fraught relationship between free crap and credibility. The FTC had bloggers quaking in their Balenciaga cutouts when they ruled that freebies must be disclosed as such, but the issue hasn’t gone away. Instabragging about your free hangbag is one thing, but the implications are greater when you try to pass it off as your own purchase. The assumption with readers of sites like GOMI is that they all have nothing better to do than bitch about people they’re jealous of. But that isn’t always the case. Some are former legitimate readers annoyed that a blog they used to follow is now just another platform for scoring the owner free shoes.

Being paid actual money to advertise products is also a dicey matter, and presenting it via awesome takedown is pretty relevant.

Then there’s the simple fact that some bloggers are genuinely insufferable. My own reason for online shit-talking is that sometimes I feel a need to know I’m not the only one who thinks getting your photographer boyfriend to take photos of you repeat-wearing denim cut-offs with fringed tops warrants a million unique page views per month. I can laugh along with people who feel the same way, know that the future of humanity is not doomed, and move on. I can remember that there are other people who think there’s a difference between “aspirational” and “complete bullshit.” This might be innately egotistical, but does it also make me a total bitch?

I guess the line is drawn when things get too personal. Obviously not everything on GOMI is limited to exposing blogger freebie fraud. There’s more than a share of comments directed at bloggers’ weight, body image, religion, and personal finances. Don’t do that, kids. Stick to pointing out obvious product placement and photoshopped pizza. It’s far more hilarious.