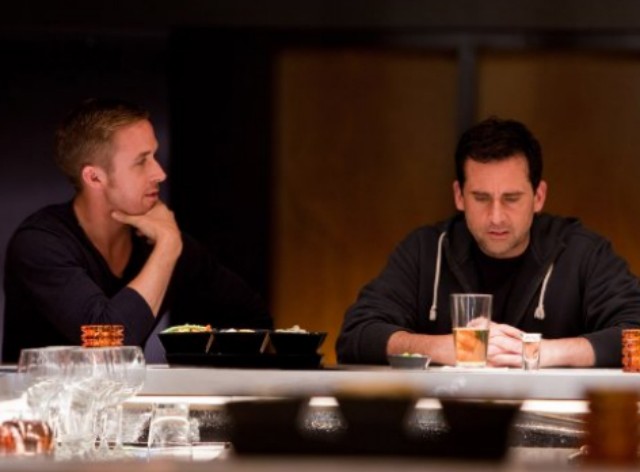 GirlsChase.com is a site that distills approaching women into a set of skills. The content for the pickup community, which essentially is a place to learn how to interact and score with girls, deals with technique, making a girl yours, and the female mind. On any given forum, a member might detail his night at a bar with terms like “pre-selection,” “pulling a girl home,” and descriptions of a girl’s assets. Let’s be real, it’s not like Shakespeare wasn’t sizing up and persisting with maidens way back when.

According to Varoon Rajah*, a GirlsChase member and a dating coach, people shouldn’t be surprised that men want to chase women and women want to go after men. In the deeply personal accounts on the site, most guys refer to the people they chase as girls. But Rajah calls them “women” and assures me that thinking he’s teaching guys how to get them into bed is jumping the gun. He rejects The Game, and he’d never consider himself a pick-up artist. He’s currently coaching a guy who struggles with nervousness, but before he became a coach, he dealt with confidence issues too.

Rajah broke down the art of how to know when to persist by being a body language detector, the resistance that both men and women throw up, and the short window in which a girl wants sex and if you miss it, you’re screwed.

What kind of progress have you seen in working with this [nervous] guy?
I’d say a big part of the work I’m doing with this particular client is presentation and fundamentals; how you carry yourself, how you view yourself, viewing yourself as an attractive and confident man versus someone who’s unattractive… just living a life well that attracts the qualities that you want in a partner. There seems to be a lot of misinformation about how you date or acquire a partner whether it be a man or woman. I’m trying to help my client sort through what he really wants whether it’s to settle down and get married or be single. We’re looking at his appearance and having good posture and exercising regularly, and pursuing interests like yoga and tango dancing.

So, misinformation… what’s going around that’s widely acceptable about pursuing girls, but that isn’t true?
I guess the big misinformation is to approach women with a goal in mind. It’s about exploring different opportunities, and it’s a more of a natural thing, and actively expressing interest in a genuine, honest way with what you’re saying to them. You should just be honest and express yourself freely. It’s more important to be genuine and true to yourself if the woman you’re talking to is on the same level.

Interesting answer. People [on GirlsChase] talk about persistence a lot. Can you expand on what that means?
Oh man. That’s the big one. There are different levels of persistence, and there’s definitely an art to understanding when persistence is wanted and needed and when it’s unwanted and hurtful and annoying, and more of a turn off. It’s a very fine line, and that is different for every individual that you speak with.

Two things I can say for sure is persistence is sometimes sexy, when you’re interested in someone and you’re pursuing them. Sometimes women say no they don’t want to do something and men do this too, by the way. They’ll say verbally no, but in their mind, they actually want to go along with the idea. Something in their mind is blocking them from doing a feeling that they truly have inside. Persistence by phone calls and texting for everybody is not a very attractive, in-person we have salespeople as examples, and good salespeople can read through your language and words and see what your desire is.

Can you give me an example of a situation when what someone says isn’t what they desire?
So let’s look at two different interactions. A woman and I meet at a coffee shop, and I’m suggesting after getting to know her, that we go watch a movie at my apartment, and she says, “no I couldn’t do that, I have homework to do,” or “I have work tomorrow,” but at the same time, her body language is saying yes; she’s playing with her hair, sitting close to me, touching me on my leg, and there’s all this physical contact. That’s a basic difference. Her body language is saying she’s actually interested.

Scenario two: the opposite of the same situation. I’m sitting at a coffee shop, we got to the “would you like to come home with me and watch a movie?” She says “no, I can’t, I have work tomorrow.” She’s sitting far away from me, she’s looking away, and she has her arms crossed. She’s not trying to be flirtatious. There’s no body language connection to us. It’s little thing you can find when to persist.

I would think that closing was the goal. How is it best to initiate?
I think that’s jumping the gun a little bit on this. There’s a whole process. Men like women, unless you’re a homosexual, and women like men. There’s an underlying thing and we both want to get to know each other unless you’re totally asexual… There’s this misinformation, the notion that women don’t want sex, and that’s a very profound and big one. We’re taught women don’t want sex, and men are very masculine, sexual beings while women are taught that they’re sexy and they should be free-spirited, but sex is a shameful and bad thing. The way I see it, women are actually more sexual than men, but they are also taught to keep their desires so bottled up and under the radar that they should be ashamed of being sexual. A lot of men don’t understand that women typically expect men to lead if they are agreeing to go home with them to watch a movie in an intimate setting.

Tell me about the escalation window.
It’s when one party, typically a woman, expresses her willingness to move forward, and it’s a narrow slot of time. I’m pretty sure you do understand that with the dynamics of men and women, men are typically leading and women are typically following even if they’re leading from the back. Women want sex just as much as men, but how do they get it? If you’re a woman and you like a man, you can’t express your interests by saying, ‘I want to go home and fuck you tonight,’ because that’s considered shameful. If you are single, you cant just go to someone, ‘hey, I think you’re hot,’ because then what happens is you’re shamed for that desire. You do it in a more subtle way. They have to express their interests indirectly. You play with your hair, you make eye contact, you keep conversations going, you follow the lead of your man, typically. There’s a certain point where for a woman, you’re attracted to him, you’re interested in having sex with him, and you’re ready to go because the man is the leader. You’re basically waiting for him to lead you. That’s what we call an escalation window. A woman is ready for intimacy. With her, it’s up to you to basically ensure that you’re leading in the right way for that to happen. It’s a very short period of time.

So what are some things you usually suggest when you’re coaching?
You want to get to know the person that you’re with and make them feel important. You want them to be talking more than you’re talking. Definitely as a man, you always want to be leading the conversation to whatever you desire. Essentially this goes back to escalation window, the bigger issue is not to stall and not make it feel like [the encounter] isn’t going somewhere. You always want to be moving toward something and not letting things stall out. If you’re on a coffee date, and you’ve been there for two hours and the conversation is starting to drop out, I’d say do something different. One thing is to definitely not to keep doing the same things.

So has a woman ever picked you up?
I would say I have been. Well again… women have expressed their interests to me, but as a man you’re expected to be a leader. They’ve done this by leading from the back. It’s where you suggest decisions, but then allow someone else to actually make them. There was one woman, we were old friends from college, and she happened to be in town so I went and got hookah with her, and we chatted and told her I was going to go home. I did, but later on that night I got a text from her saying, basically, “I really enjoyed hanging out with you, and I’m thinking we should get another drink. What do you think?” I could see when I was hanging out with her she was interested, and after we parted ways, she came from the back and suggested she wanted to see me. She initiated it, but it was left to me to ultimately make that happen.

What would you say to the people who might regard this kind of pursuit of women predatory?
I think the answer really depends on their intention. The fact of the matter is that men and women have been having sex and pursuing each other for centuries so I don’t think it’s vary unnatural for a man to be interested in pursuing women and vice versa.

What’s changed about the dynamics in terms of gender?
I would say in the modern time, dating is so easy and so fun and there are so many different avenues for both men and women. One change since cell phones is texting and online dating and as such, the array of options means that both men and women are less patient in waiting than they were ten years ago. If you don’t like somebody for whatever reason, maybe they’re not moving fast enough for you or they’re moving too slowly, it’s much more easier to say, “screw it, I’m going to find someone else now.” That brings us back to escalation. That’s why it’s such a big factor. If a woman wants sex and the man’s not moving fast enough with the escalation, so to speak, she’ll move onto a man who will give her what she wants.

What’s the hardest thing for men to get? You must look back and want to coach yourself.
It’s the role of how your internal beliefs affect your outlook and success in this whole endeavor. We come from points of view, and there are many incorrect things guys believe. I’ve met guys who think that their race is a detriment; some races are better endowed. Short guys think only tall guys can get great girlfriends. Short guys think they don’t have a chance. The point is you’re coming from a belief system that says you can’t do something, and getting men to destroy those beliefs is a very difficult thing.

I’ll share my journey with you. I used to believe that because I’m an Indian guy, I didn’t have a chance with American girls. It really depressed me that it made women out there judge me for my race. I thought that meant a few hundred million won’t like me, but that’s all wrong… nothing is impossible. The universe is abundant, there are a lot of people, so the thing with dating is to think about how you can make yourself better and to use the advantages that you have.

Tags: dating
About the Author