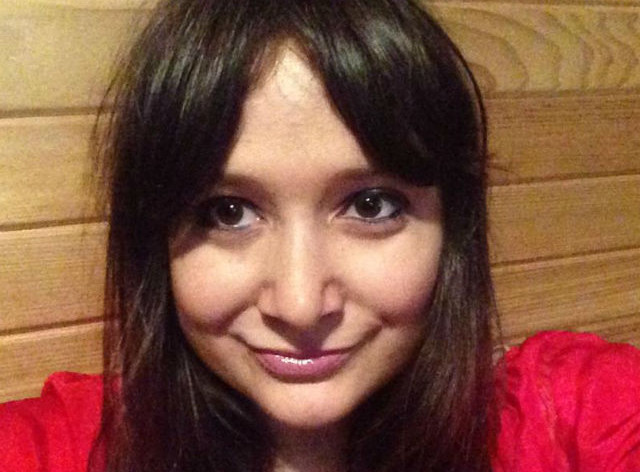 As a short girl who wears a 34DD bra, I can relate to the fact that having a nice rack can feel like a heavy burden. My Yasmin birth control makes me feel like I’m carrying two bowling balls around my neck as a punishment for all the shirts stretched out in stores I didn’t buy. My own routine isn’t as involved as Jen’s. I work lotion into them methodically (whenever I remember,) and I do nothing, and expect them to never sag. When I heard that a breacial existed – an uplifting breast facial to tone and firm breast skin tissue – I was intrigued. The treatment involves a lymph massage that promises to help your chest perk up closer to the phenomenal heights of your 13-year-old self with every visit. It’s like Kegels for your chest. It’s also an excuse to have a stranger feel you up for an hour for the bargain price of $85. I decided I could satiate my curiosity and justify a little pampering.

Juvenex Spa, which was half a block away from my office, smelled like Korean herbs and cookies. The Polish hostess issued me a pair of black sandals, and I flipped those flops to the locker area to change into their robe. My pretty first-generation Korean breacialist in slouchy jeans, Heidi, thought I was crazy to keep it on when I mounted the table. “Breasts, breasts,” she said, chewing her gum and peeling my robe off with one purposeful yank. She did let me keep the robe over my bottom half. Because really, I was being open-minded enough already. The soundtrack for the experience was a sitar player accompanied by a women singing calmly despite the fact that it sounded like she was trapped in an echo chamber.

She covered my eyes with a towel, probably so we wouldn’t lock eyes when she was giving me the cow udder treatment, but I had to take it off to see all the groping that went down. Before my nipples could get those teeny goosepumps from the fan, Heidi rubbed her hands together like she was going to boil somebody and spread a gentle almond-scented cream all over each breast. She used two hands on each, scooping with one hand underneath, and pushing up my side in steady upward strokes with the other hand. She explained she was draining the lymphatic congestion. It felt good, but you might wonder if that money wouldn’t be better spent on a haircut, a more exciting massage, a different crop top for every day of the week, some fireworks, or 85 cheap slices of pizza.

Heidi then lifted up my arm like Patrick Swayze does to Jennifer Grey in Dirty Dancing. I shrieked, and she launched backward and cursed in Korean. She tried again, but I was too ticklish. This confirmed in Heidi’s mind that she had a spaz on her hands. She said “oh my god” four times. Then she laughed at how I was laughing at myself.

She tried again and again, until finally I willed myself to just chill the hell out and let her go to town on my tickliest spot. Breakthrough. She was able to do her job without us both laughing. She was impressed. We still both laughed a few more times though. Heidi told me my skin was good, but I should exfoliate next time because the skin can be really dead in the summer. She made her arms into an ‘X’ across her chest, to communicate the symbol for dead people.

Her grip got stronger. I told her my breasts felt tender. She gave me a nod that said, “Shut it, you’re a pussy” in a single gesture. She prodded at the tender spots, which made me squirm in the bed, but I loosened up within minutes and it started to feel good. Squeezing and massaging are two different things, so I wasn’t getting all excited sexually. However, my nipples did pop out even though they got no localized attention. After the cleanse, they felt smoother under my fingers.

The gloopy scrub came after, and it sounded like a squishy Nickelodeon Floam. Here’s what it really involves: marine algae with fango, botanicals, and essential oils. Heidi explained I wouldn’t experience the lift unless I kept coming in. She flapped her arms to mime being a bird, to demonstrate how light I would feel. “Like flying,” she said. I knew that I wouldn’t have Barbie boobs in less than an hour. My horoscope had specifically advised me to be more realistic.

The final breast step was the mask. With a paint brush, Heidi brushed on the dark green mud in thick layers. It didn’t smell like a spa mask. It smelled like glue. The seran wrap to lock in the magic came over my head, which was a weird way to do that. I thought she’d let my breasts mud marinate while she ate some cookies and gossiped with the other breacialists about the Dirty Dancing affair, but she stayed to massage the rest of me.

It wasn’t a relaxing massage that puts you to sleep. It was a purposeful one. She worked in small, clinical movements leaning the weight of her body into pushes on my arms and legs to get the circulation going. She massaged my head, which was the only part I didn’t enjoy. She worked over my body for what felt like ten minutes. I thought the boob mask would feel uncomfortable, but I didn’t notice it. When she finally got back to my breasts, she ran two circular sponges over them to soak up the mud, which felt nice. I sat up for a back rub, and it was over. The kitchen timer I heard her wind up didn’t sound off, but I’ll take her word for it. Surprisingly, the rate at which Heidi’s interest in my breasts declined felt even quicker than guys I’ve dated, which is saying a lot.

Here’s this for a revelation: After my 45 minute fondling session, gravity still worked. My tits were at the same level they were in the picture I took 24 hours before. But when I walked to a party that night, I noticed a considerable difference in how they felt. No more tension. Thanks to the massage, they weren’t weighing me down anymore. When someone “accidentally” bumped into me on the subway, I didn’t feel like I was being twisted in a juicer. I felt liberated when I shot down the stairs at the bar without the painful bounce I was used to. I went into this because I was curious about how weird it would be, but it worked. I was flying.

Related Links:
My Tortured Relationship With Eyeliner and Why I Finally Got It Tattooed
11 Awkward Things People Have Said to Me About My Breasts
Madonna’s Werewolf Diet Made Me Gain a Pound and Hate Juice